Here is the second and final part of my mini project.

The first part can be seen here 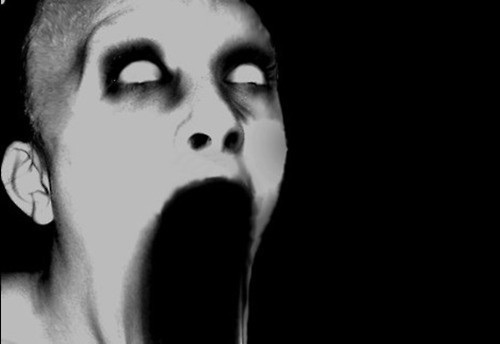 A retired veteran Captain of the notable Solaris regiment and a retired, well respected, Inquisitor. He now earns a crust by hunting the un-huntable. Monsters, twisted mutant madmen and nightmarish mythological ghouls. Many say Windsor is a madman and has had too many knocks to the head. However, he has to be a little out of the box to willingly throw himself in pursuit of such horrific incarnations. Someone has to do it.

I wanted to try a different colour palette for a change as I noticed, looking over other projects, I often use similar colours. The blue looks quite striking giving Captain Windsor both a Royal and old school military look and feel. 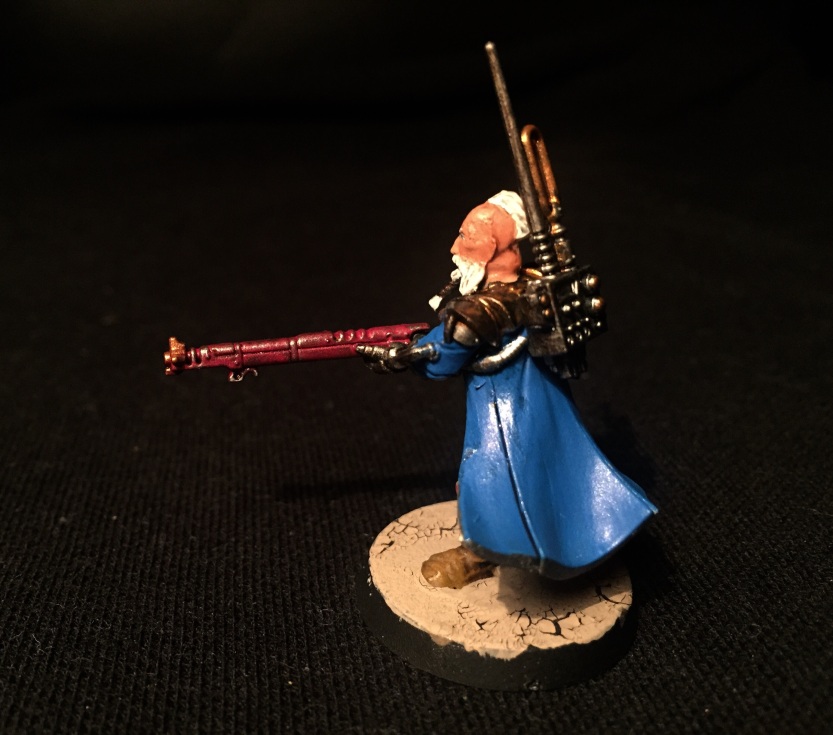 Note the eyes, I’m slowly getting better I think. Also note the fine details on the rifle stock etc.

This emotionless soldier is Captain Windsors only help. He is not undead but his soul has been genetically removed. He is the keeper of The Mouth of Madness. A sacred shield that has an unearthly power and is the only thing that offers some semblance of protection against the four horrors.

Before anyone says it, yes he does look a little Ghost Buster-ish. No it was not intentional but actually I am quite pleased with it. It suits the project. The eyes on this model did go a little Bug Eyed but he is soulless so who knows what WE’D look like without a soul. Maybe bug eyed too.

I imagine him to be some nobody security guard in his former life. Long shifts with no action guarding some mildly important silo. 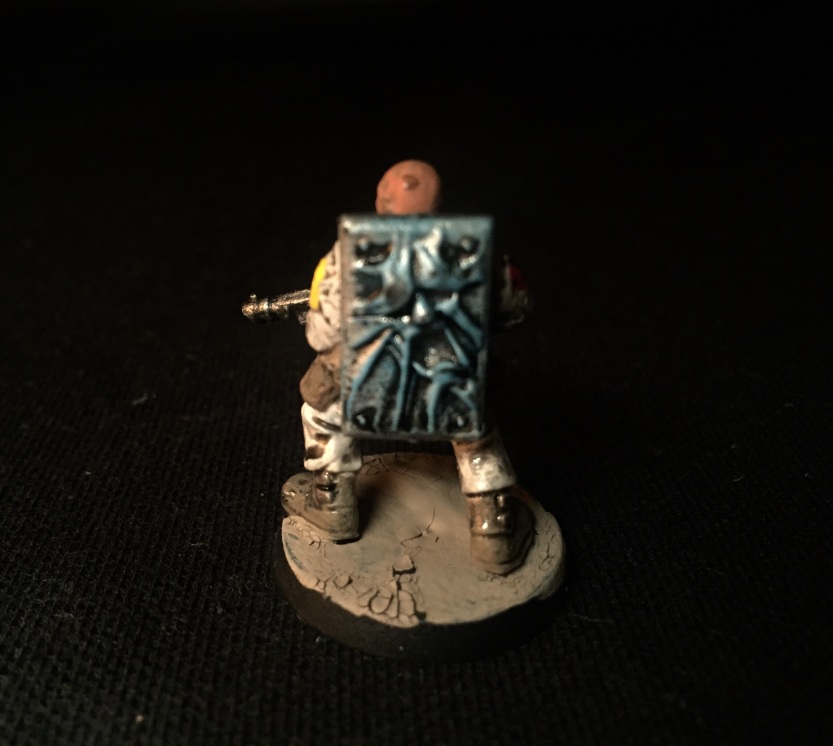 I haven’t quite finished the bases.