I’ve never been called up for Jury Duty. Have you?

Its one of those things that I think probably sounds interesting and intriguing but in reality would be quite boring. Then I think, unless it was a grousome  case but then again who wants to hear or know about real horrors in the world? I’m happy with the make believe horror and I know enough about real life horror so I think I’ll pass on being a Juror.

The Jurors for my Judicators project are unlike any other Juror who has walked the earth or crossed the Galaxy. They are excessively violent individuals who are more criminally insane than the souls they send down. Legally there has to be a Jury! However, there is a loop hole, more of a giant chasm really, in the system that doesn’t say the Jurors have to be clean cut conformists who have never even taken a sickie from work! Therefore just about anyone can be a Juror in the Grim Dark future. In fact the only prerequisite seems to be you have to dress in drab clothes, be spattered with blood or want to be spattered with blood, be a little unhinged and wield some kind of weapon. The Jurors can sometimes be more twisted and blood hungry than the executioners in the Judicators warbands. More on that later.

I have finished all twelve Jurors but more on that later as well. For now I wanted to share my favourite of the bunch.

As you can see he is partially skinned which is entirely self inflicted. VexKin is so disgusted and tormented by the horrors that he sees and commits that he can’t stand the skin that he wears. So, in an almost ritualistic way, he cuts and peels a layer of skin from his body after every court hearing. Crazy? Yes, very!

More on Vexkin later down the track too. 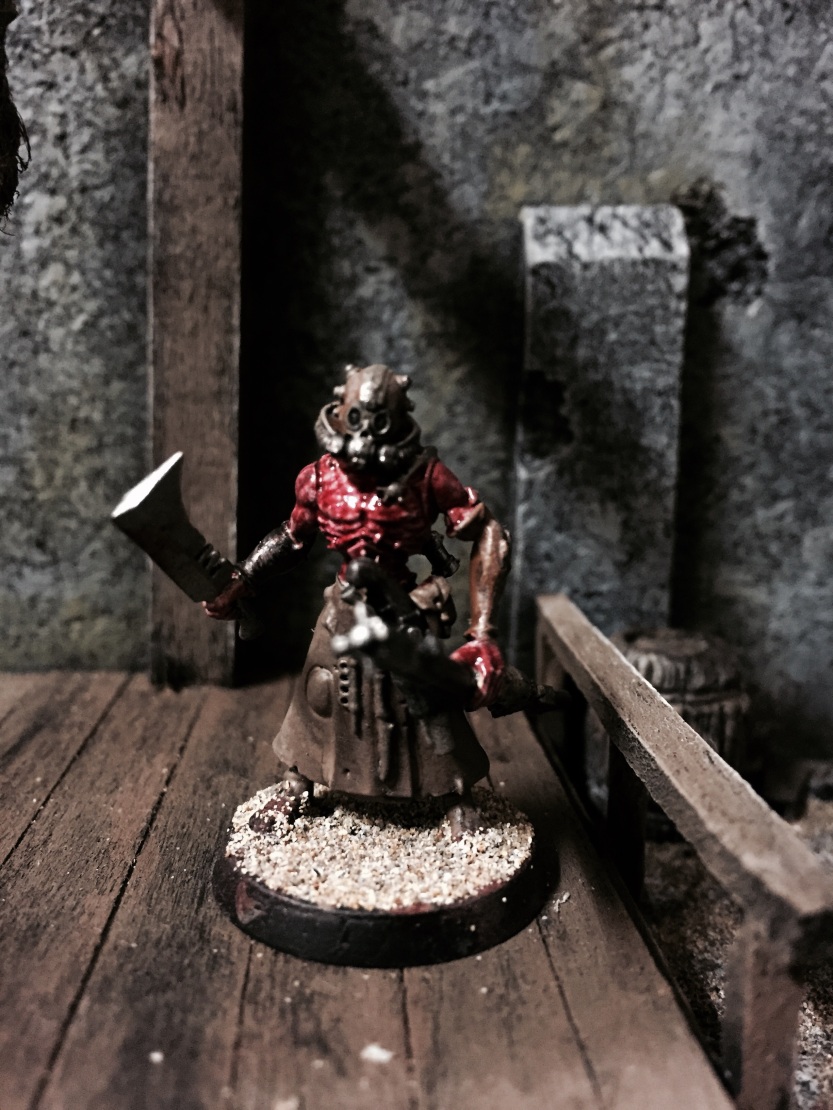 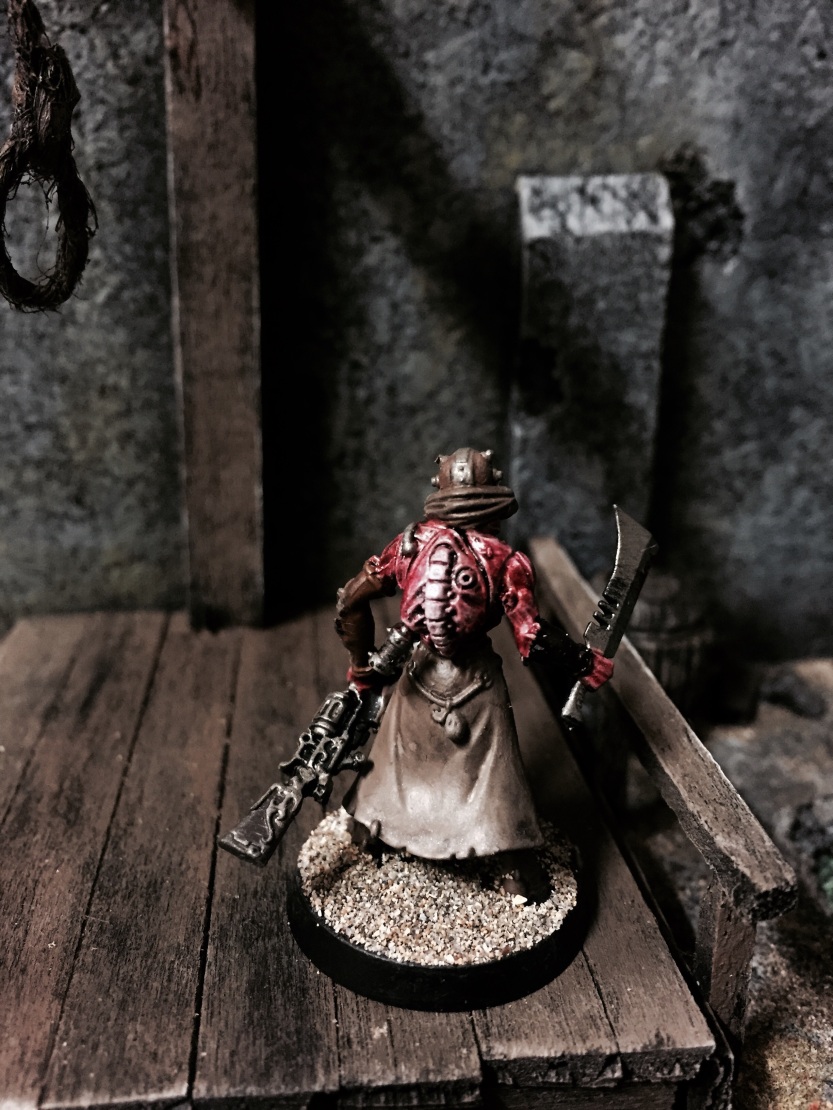 8 thoughts on “The Judicators Project – Juror –”