Back in October 2017, boy that seems a long time ago now, I made and painted a Colonel and a Captain for a Mechanized Army I was working on. Well………… that whole army, apart from the two commanders, was wiped out and they were reassigned to the 701st Royal BannaRoff Mobile Infantry Regiment. More on that whole army another day.

I recently made and painted some Spartan warriors made from Kairic bodies which were well received both here and on Instagram. This has spurred me on to build and paint more historical type miniatures albeit in my own unique way of course.

Dragoons, for this of you that don’t know, are basically infantry on horseback. Light cavalry to be precise. Fast, mobile, well trained and deadly. Just like me haha. Well as gardener/landscaper anyway. Deadly if you’re a weed.

There will be 8 miniatures in total including Ernst himself and two Lancers. Only Ernst will have a subtle indication that they are 40k-ish. The rest will be more traditional.

Tonight I have for you the two Veterans of the unit. 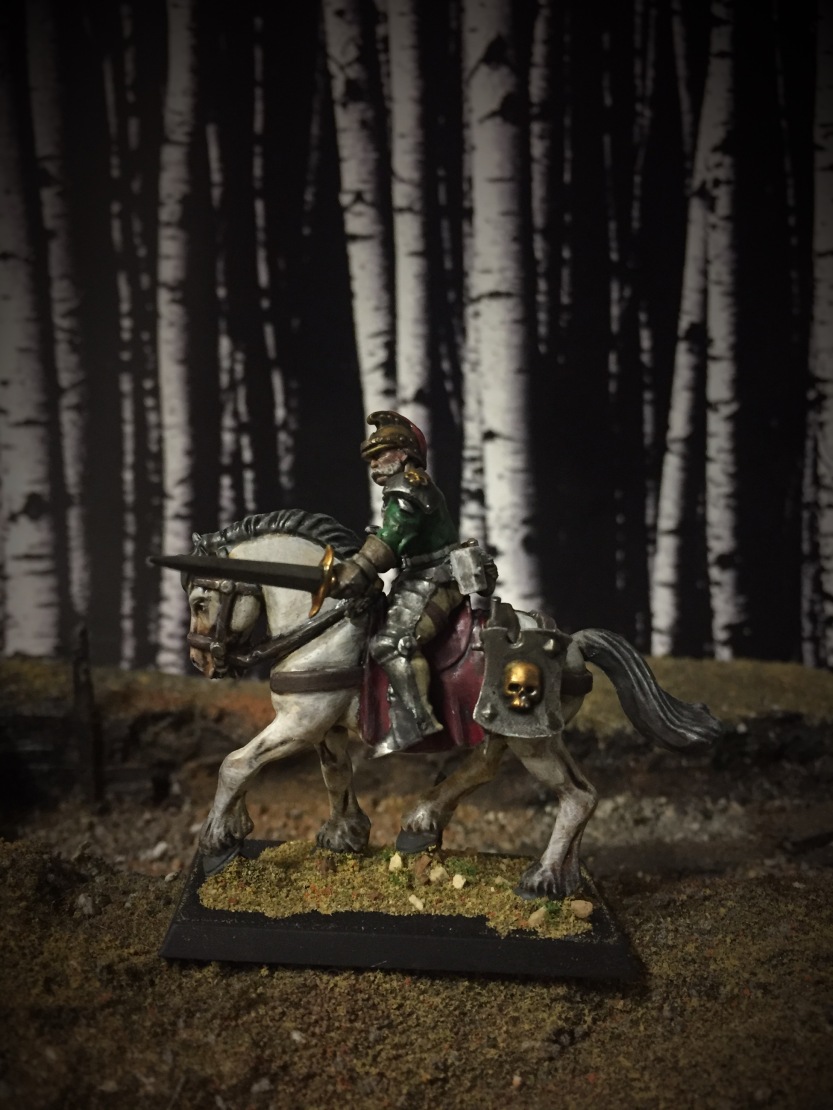 He was the first I painted and I’ve got to say I struggled with the horse. I did get better with the second mini so hopefully by the 8th it’ll be a beaut! 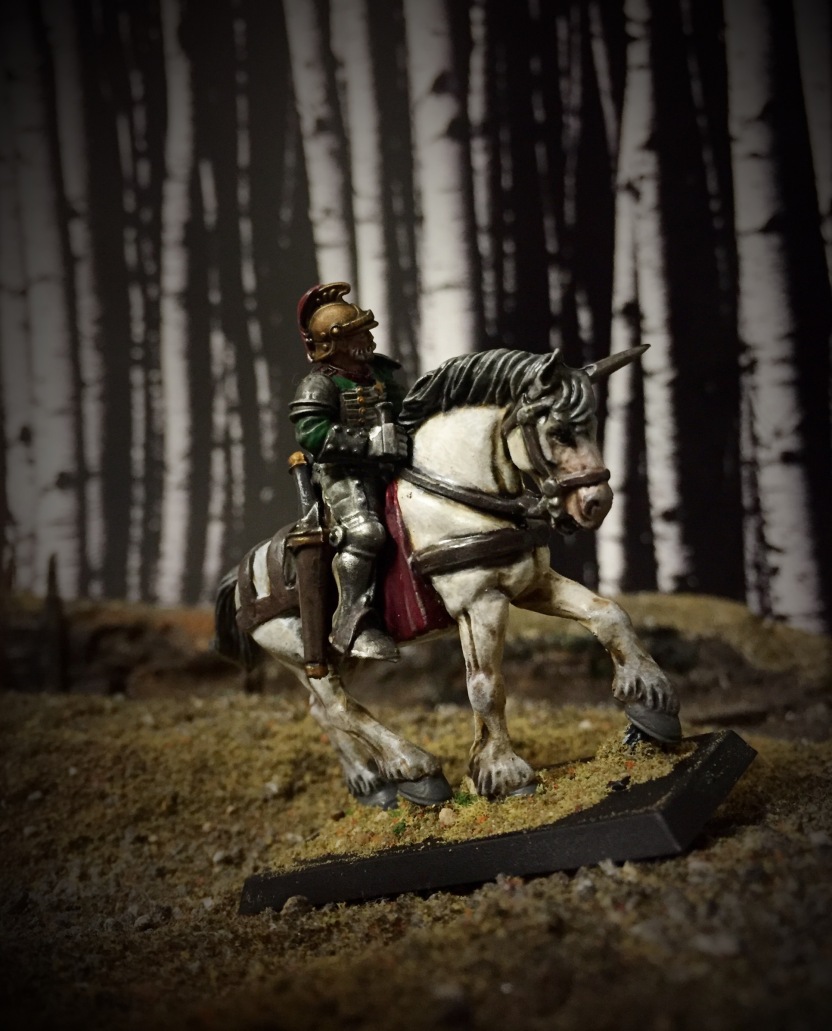 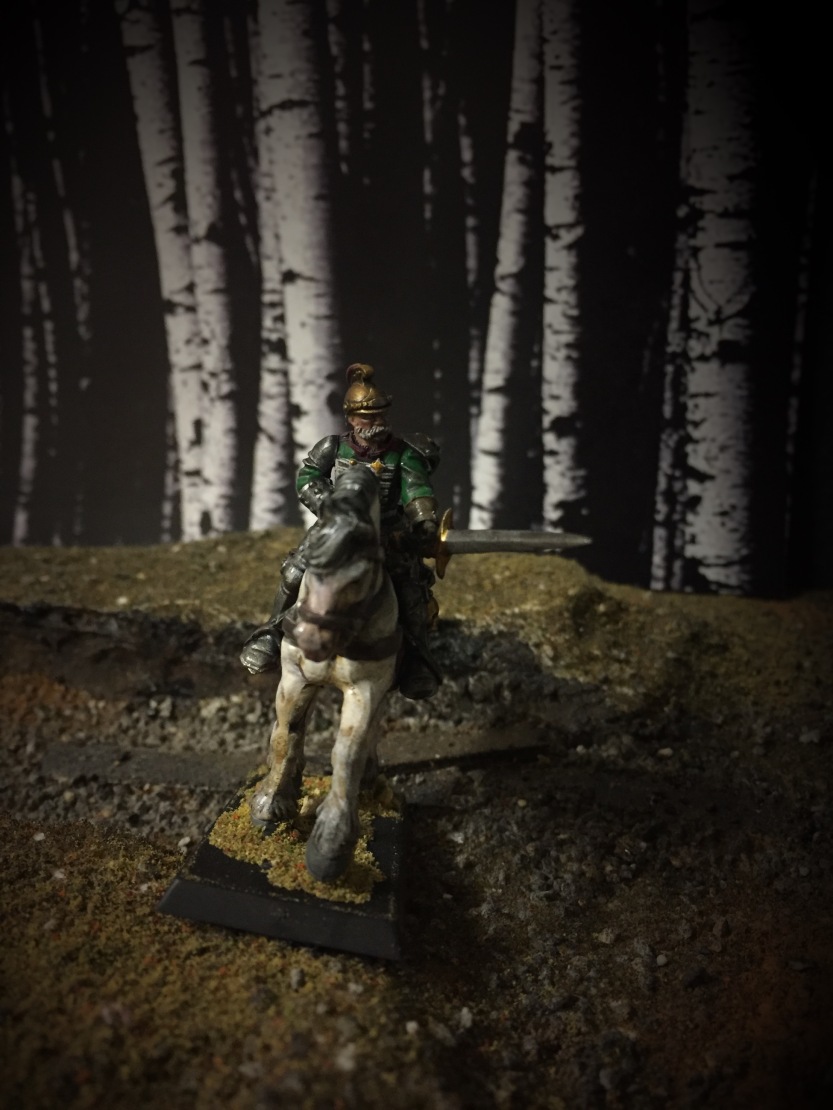 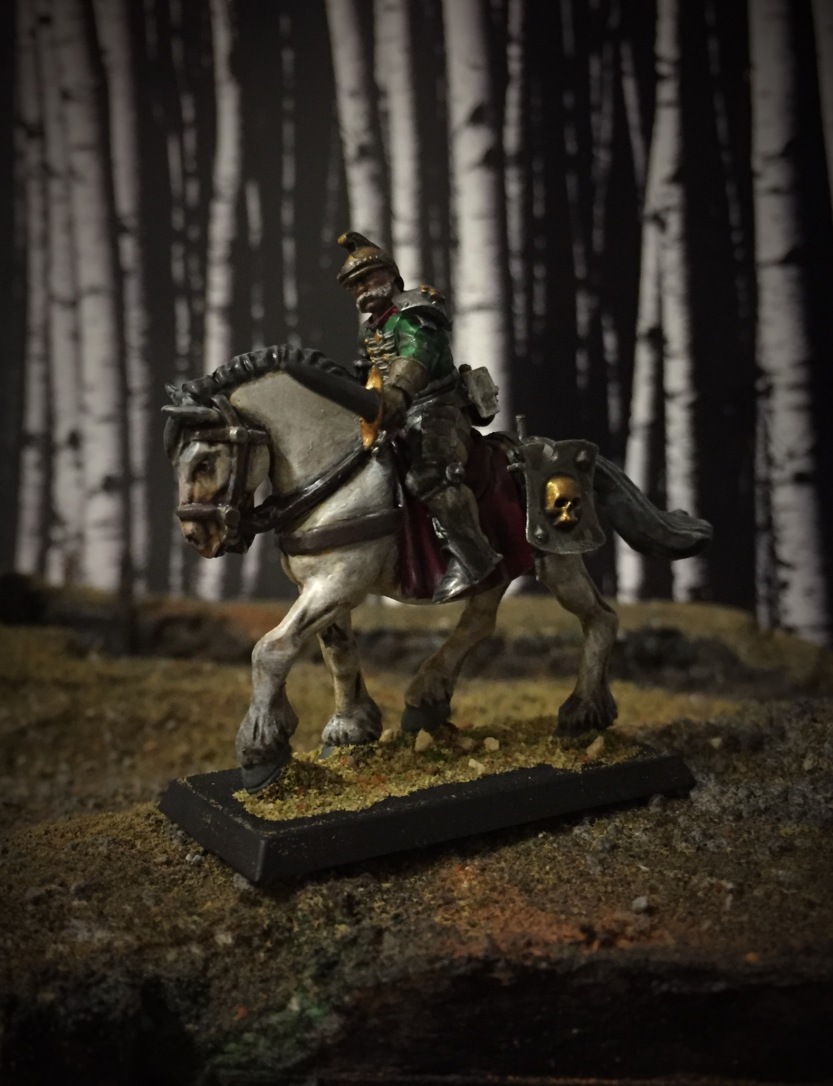 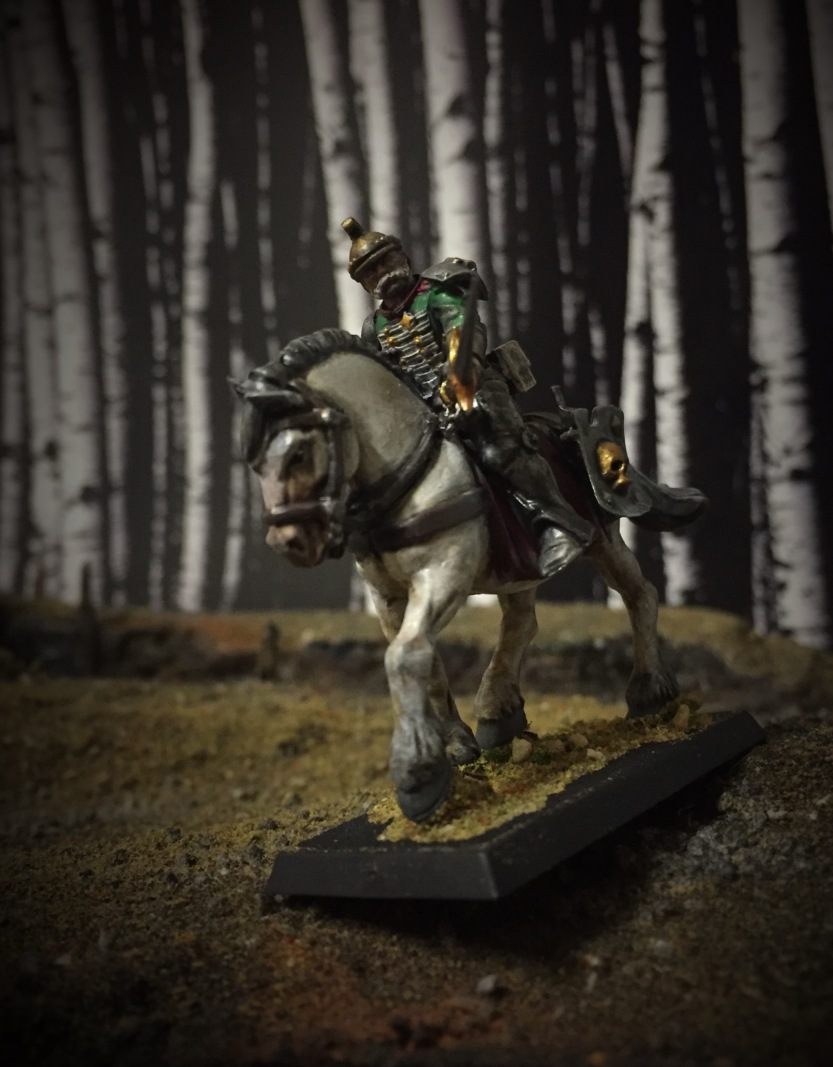 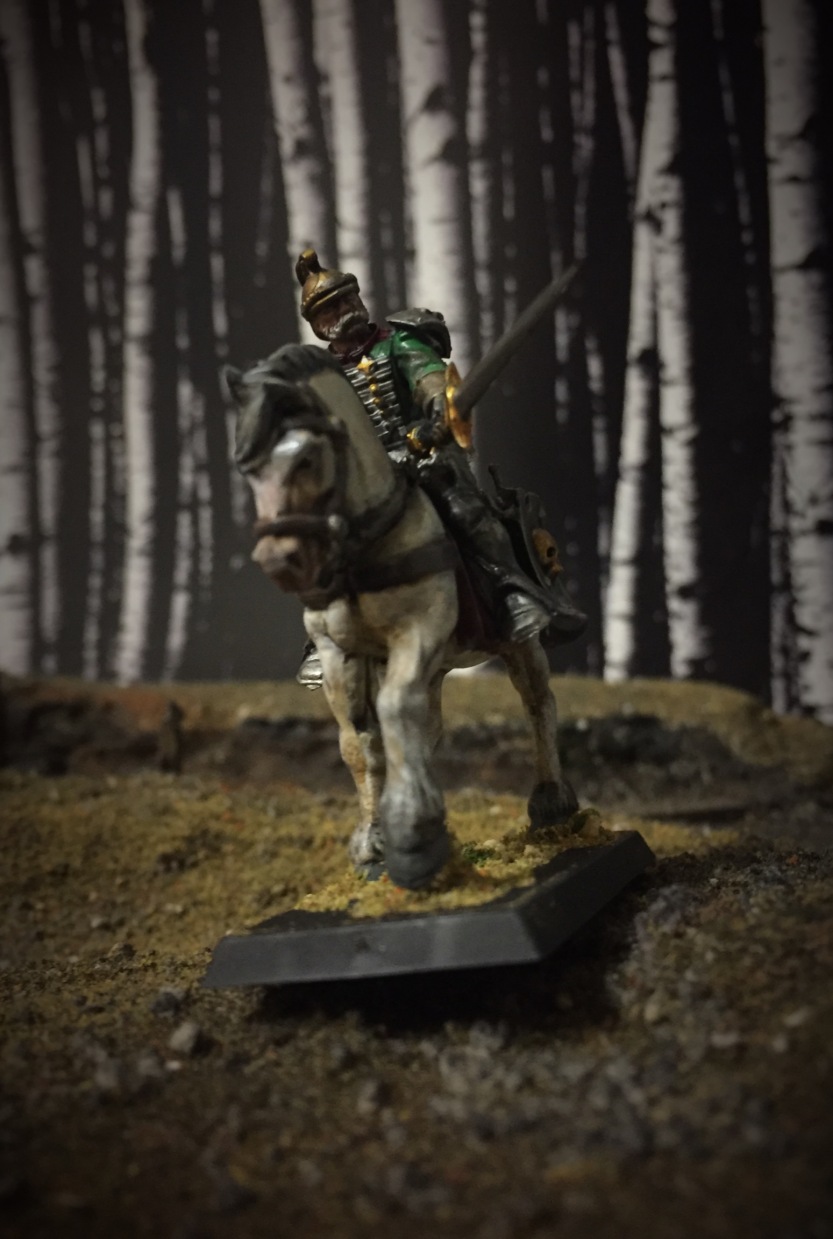 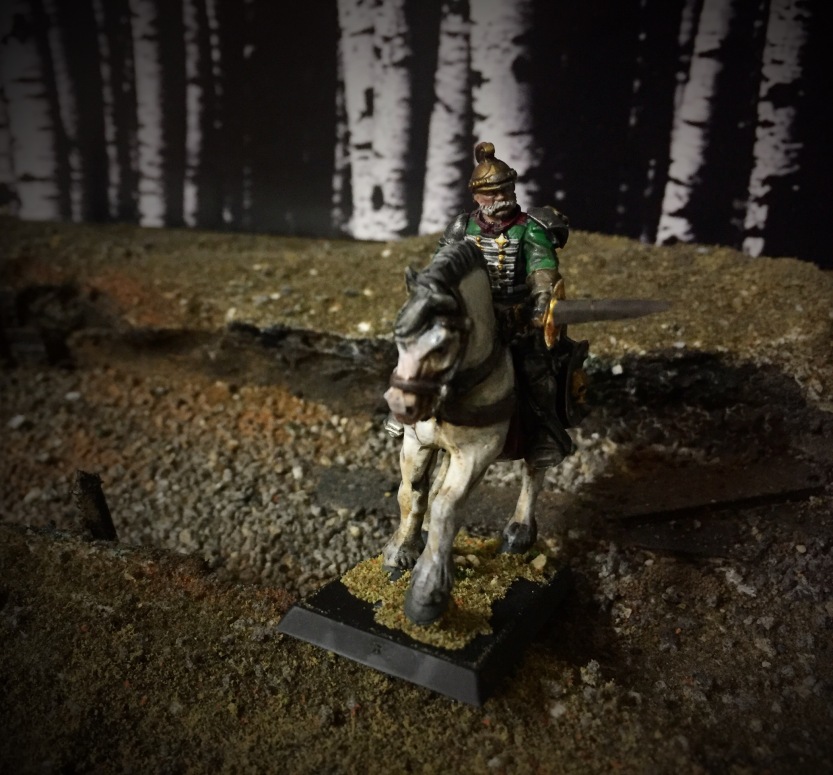 Apologies the pictures are a bit dark. I was going for atmosphere a bit too much me thinks. 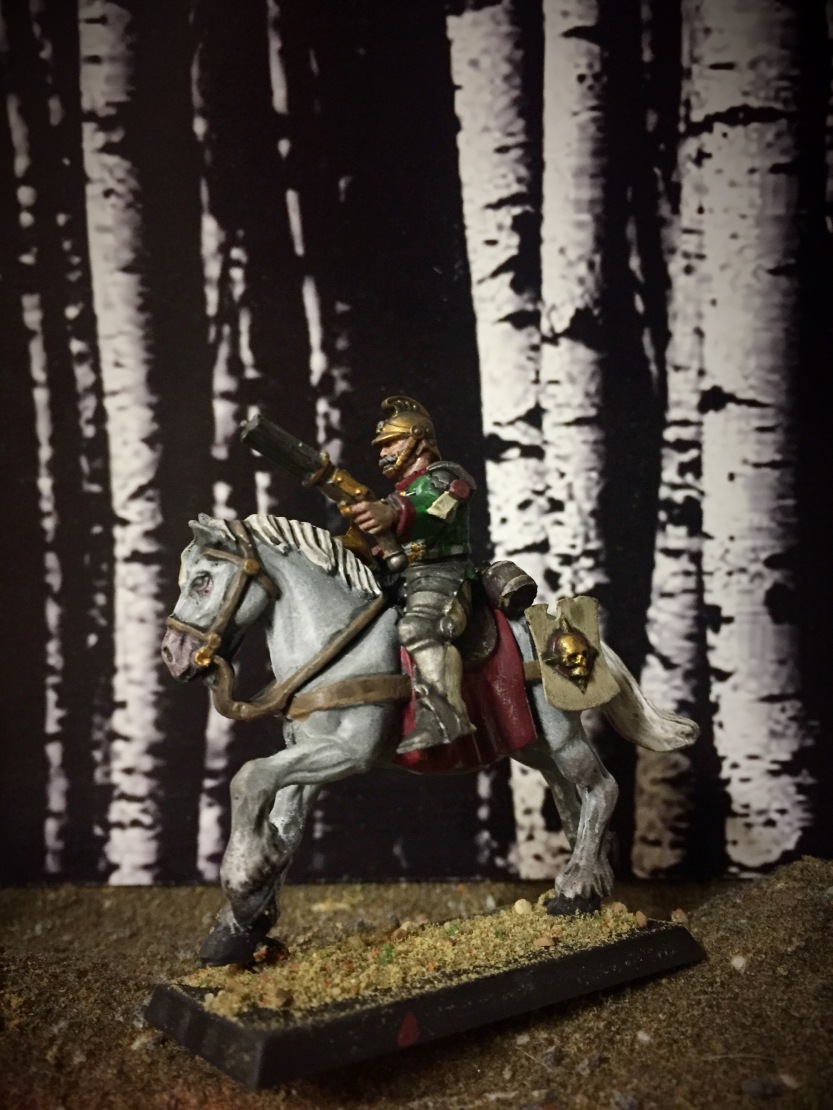 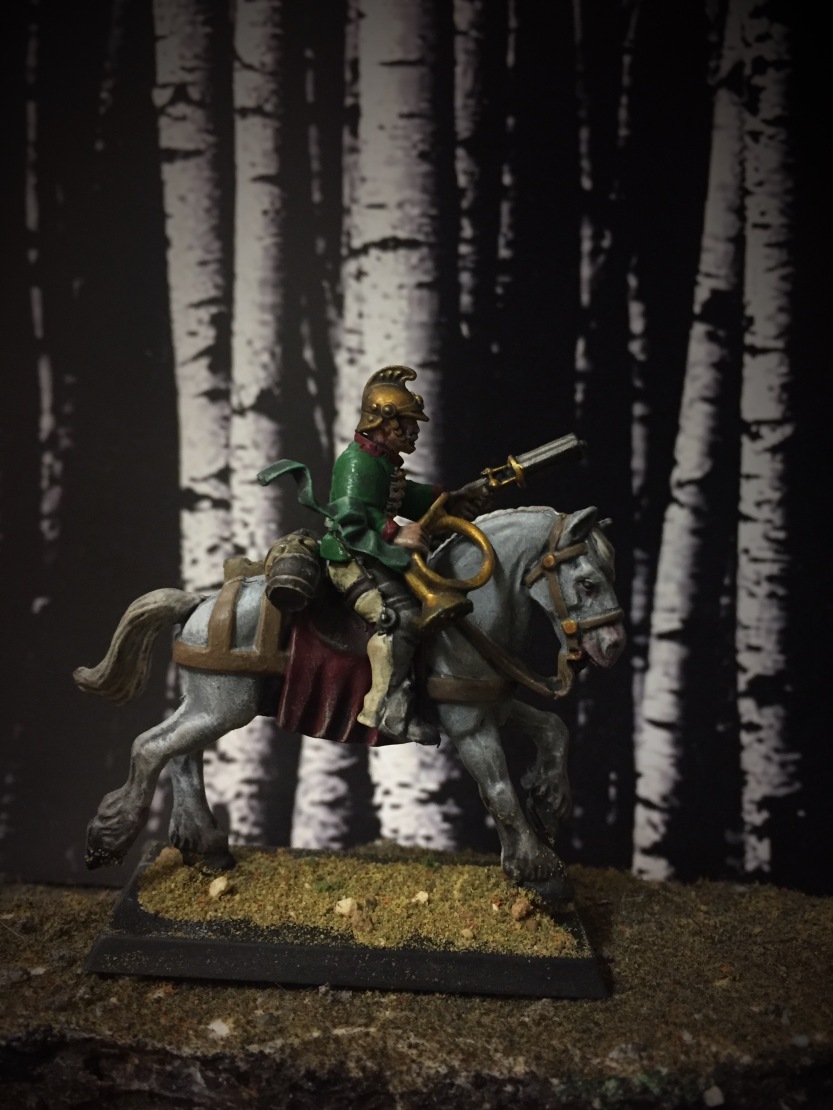 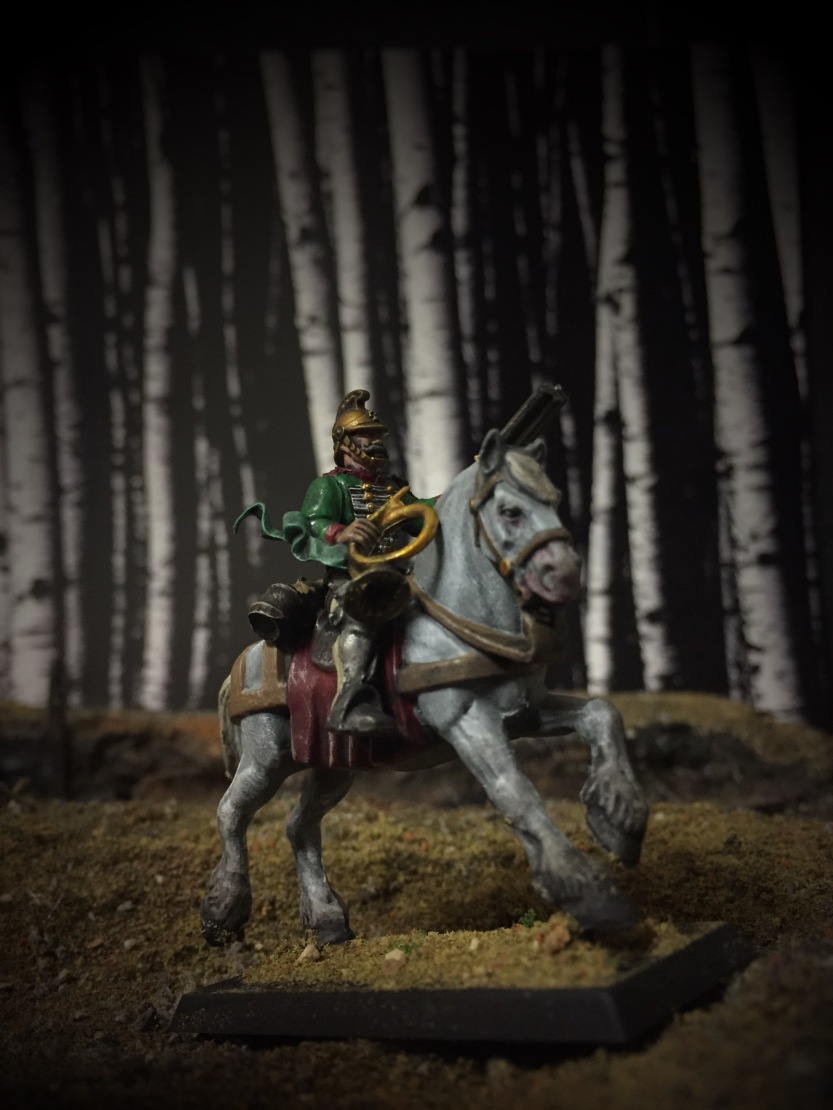 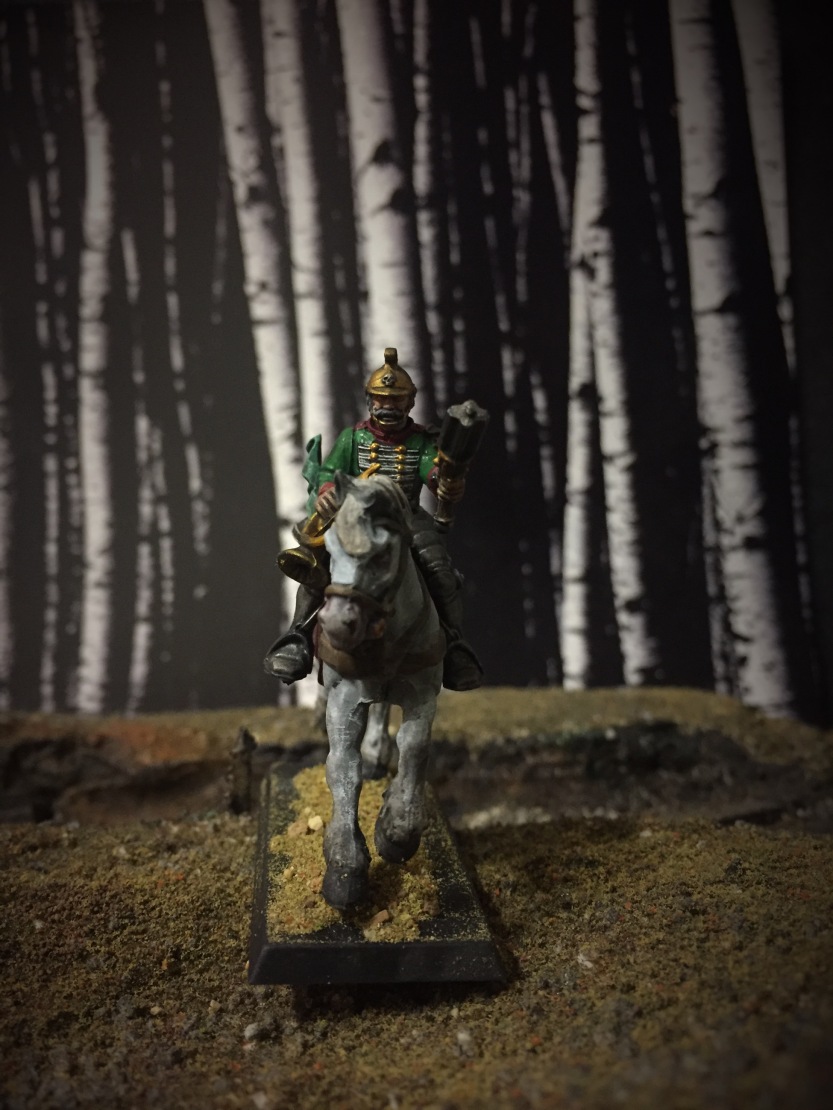 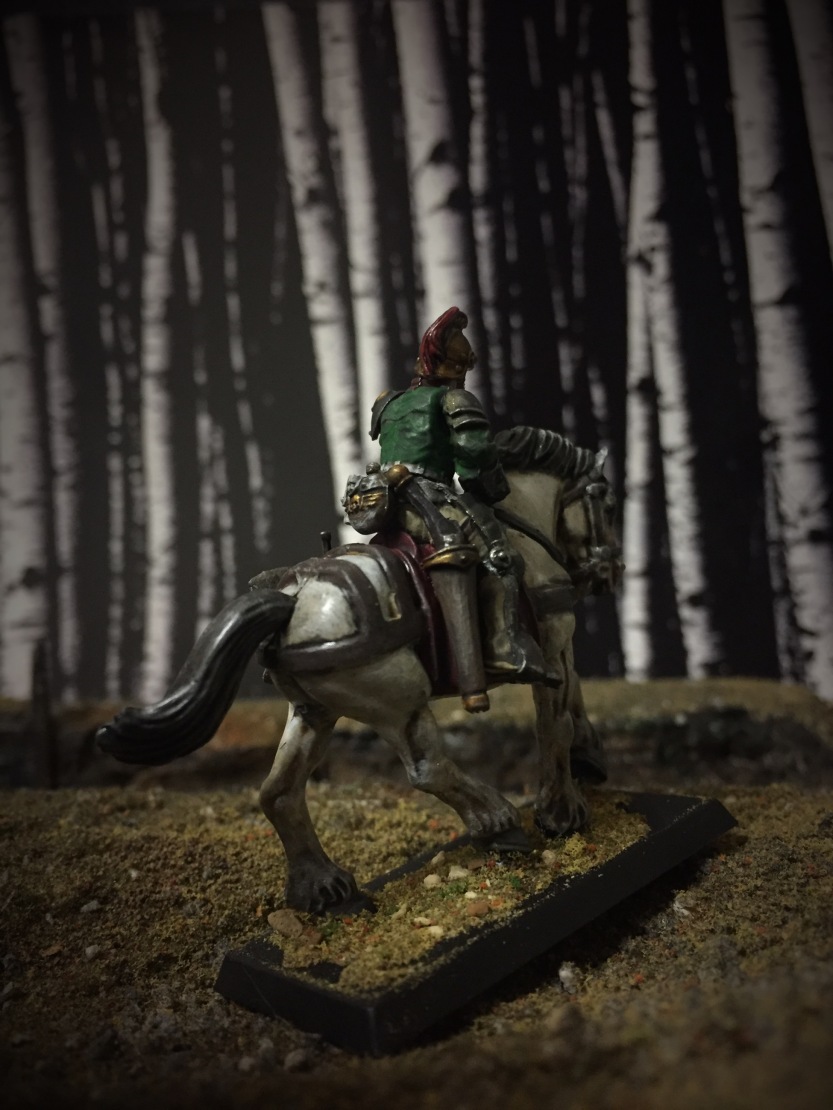 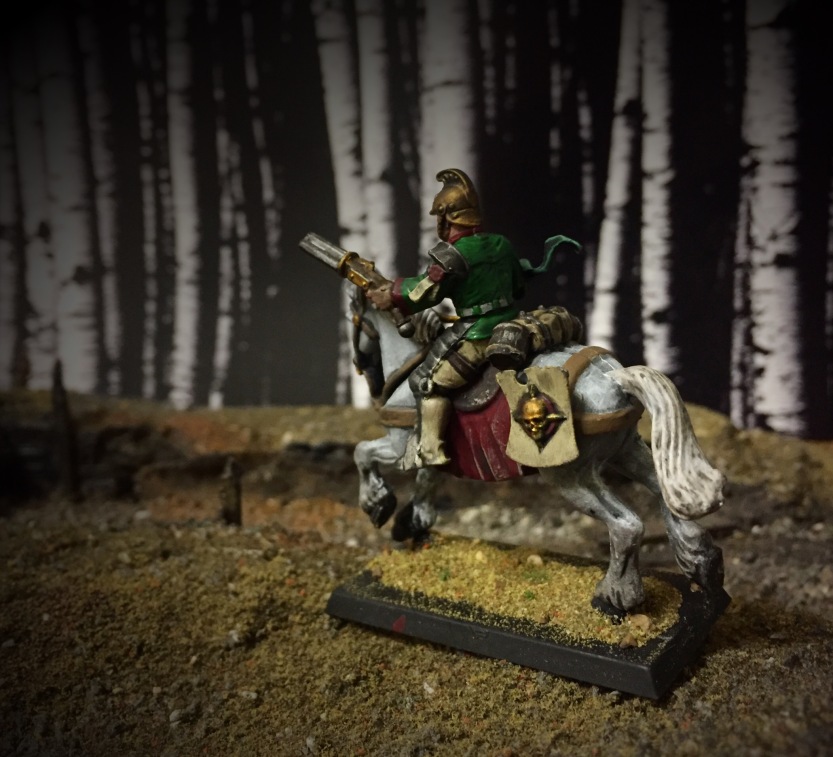 I haven’t quite finished basing them yet. I found them quite tricky as there is a fair bit of detail but I’m satisfied with the end result.

I think they’ll look quite impressive charging into the Frey swinging their swords (note: I was going to try and find sabres but grew to impatient, tested straight swords and was happy).

I really like the green which, if I’m not mistaken, is the colour the Prussian Dragoons wore. The gold helmets also tick the box for me.

So watch this space for the other six Green Dragoons.

Be good to yourselves and remember, ants are people too.