As mentioned in my last post it was time for some painting and what better thing to tackle first than a mini project which is also a competition entry for Heresy Of Us.

First up we have  my Skull Jacker known as Skalzette who is heavily inspired by Alex’s Skull Jacker. See here –

They could almost be brother and sister, maybe they are or were.

Skalzette is fast, nimble and cold. Her unmatched aerobatic skills were honed working on the high wire for the Le Carnaval Macabre for nearly two decades. Now she services the servo skulls and protects them from penitents and other skull jackers. Her long arms, blistered by the intense heat of the stars have evolved over time to make it easier to reach out and snatch the servo skulls. Her third, mechanical, arm helps with the repairs but also for tearing out the throats of any other Skull Jackers who dare enter her territory. 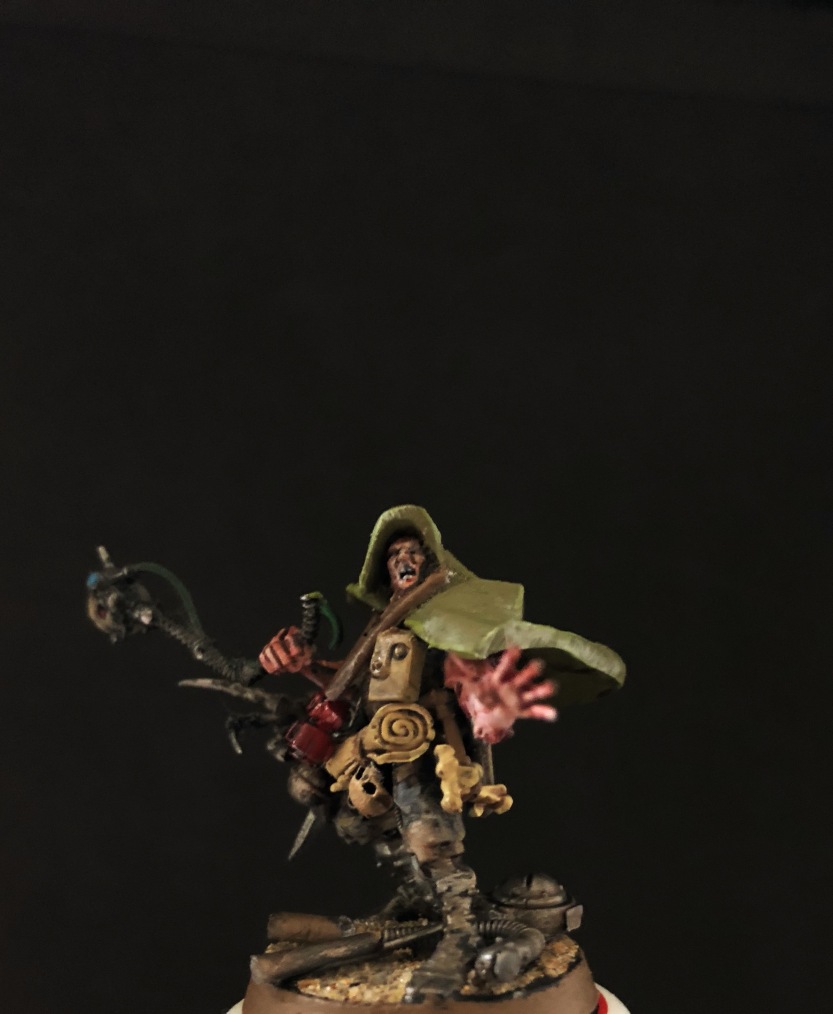 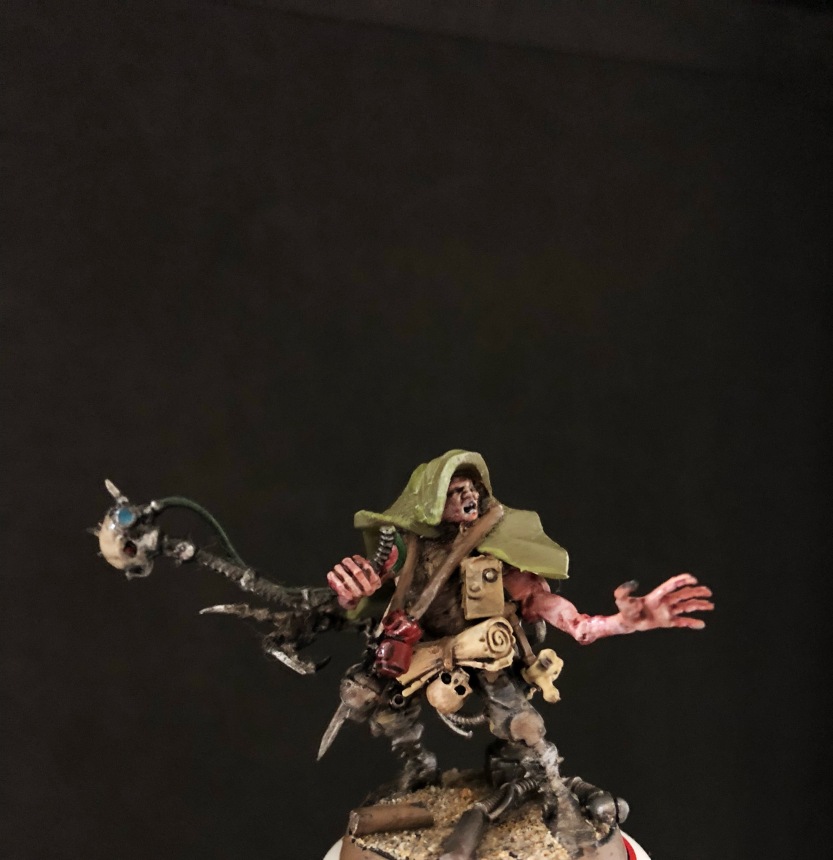 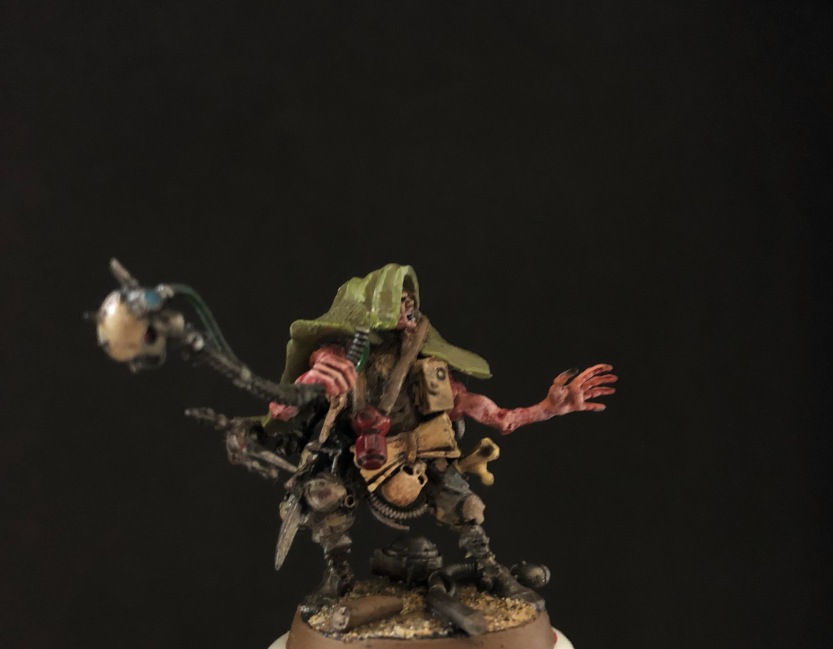 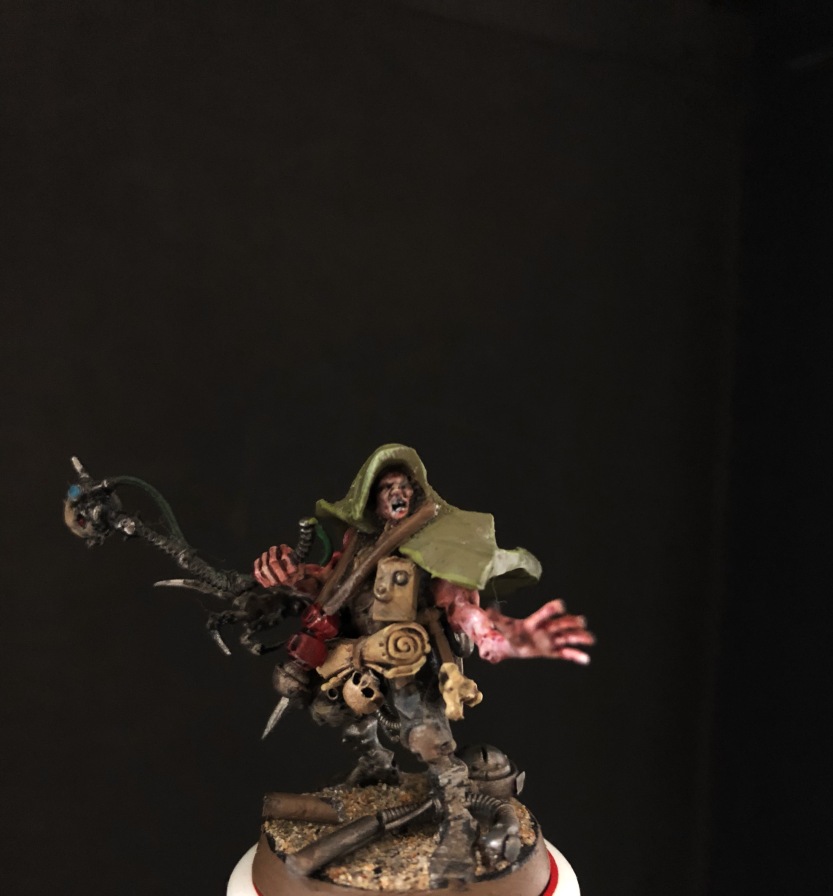 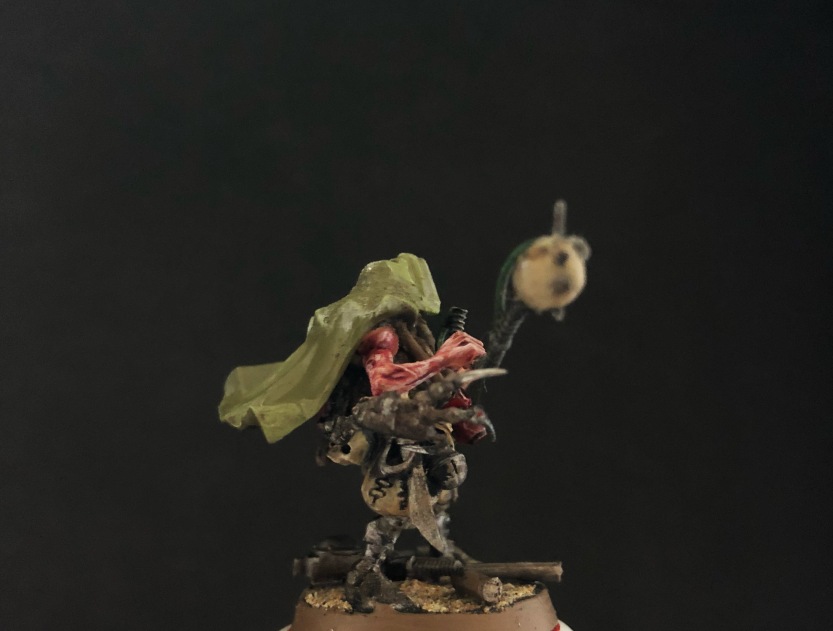 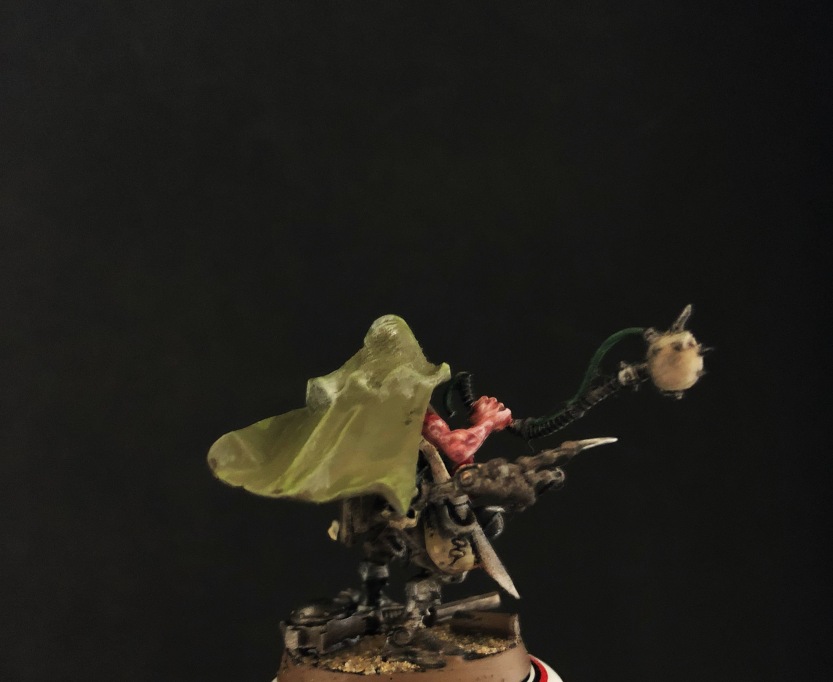 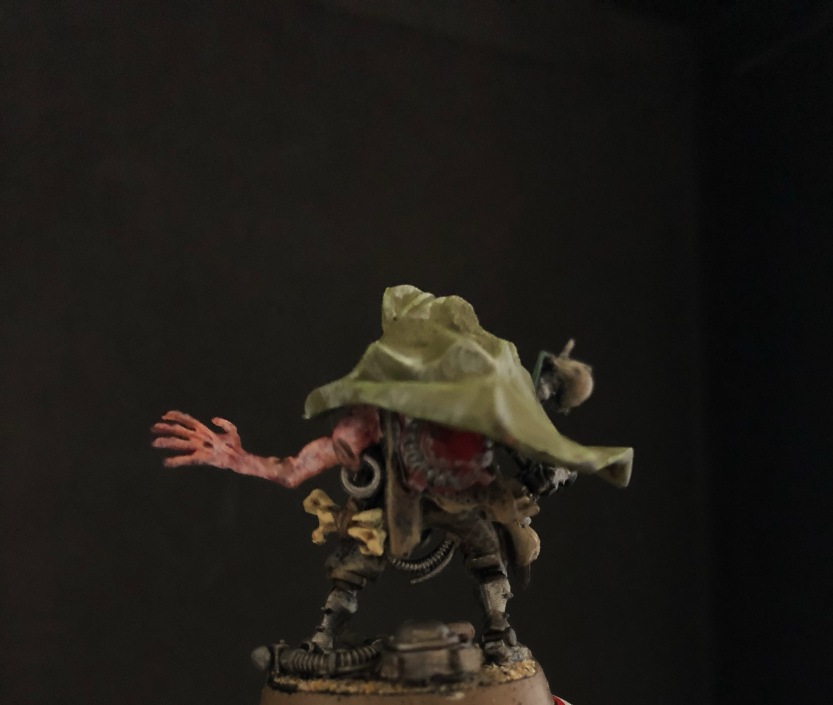 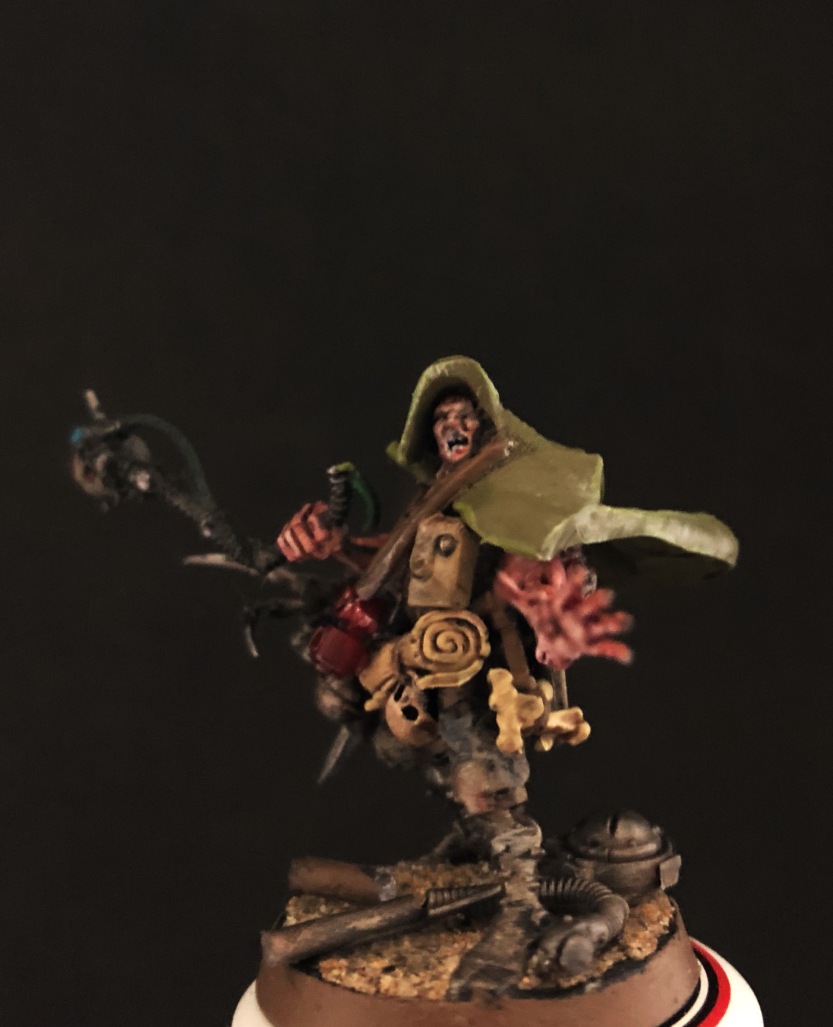 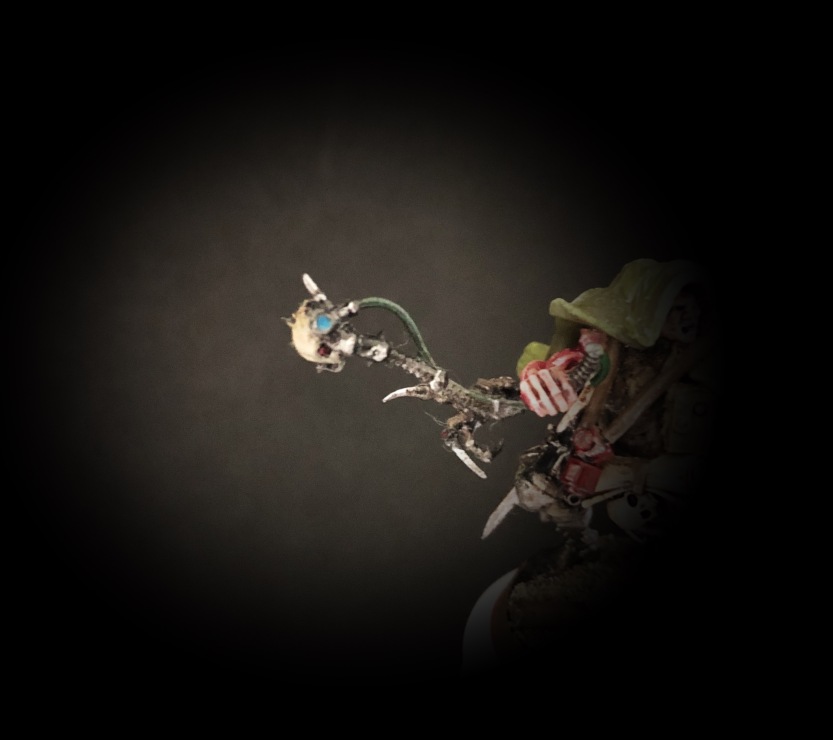 Next we have the Penitent called Dederic.

Dederic exchanged a life of decadence and splendour as well as being respected surgeon for one of Shame and humiliation when he beheaded his wife for her disrespect and blatant adultery. Dederic has been alone on his pillar for a very, very long time. Any sign of sanity left him long ago and he is lost in his own dark nightmare. He does his best to catch the servo skulls that whiz by and feasts on the bone mites that infest them but when pickings are slim he is prone to putting his surgical skills to the test. First he cut strips of flesh from his left forearm and finally severed it from the elbow and devoured it. Dederics only light in his dark and dead world is his white blood raven called Coronis, who helps him capture servo-skulls. Dederic murmurs to himself constantly and self harms when his gibberish prayers reach a screaming crescendo. 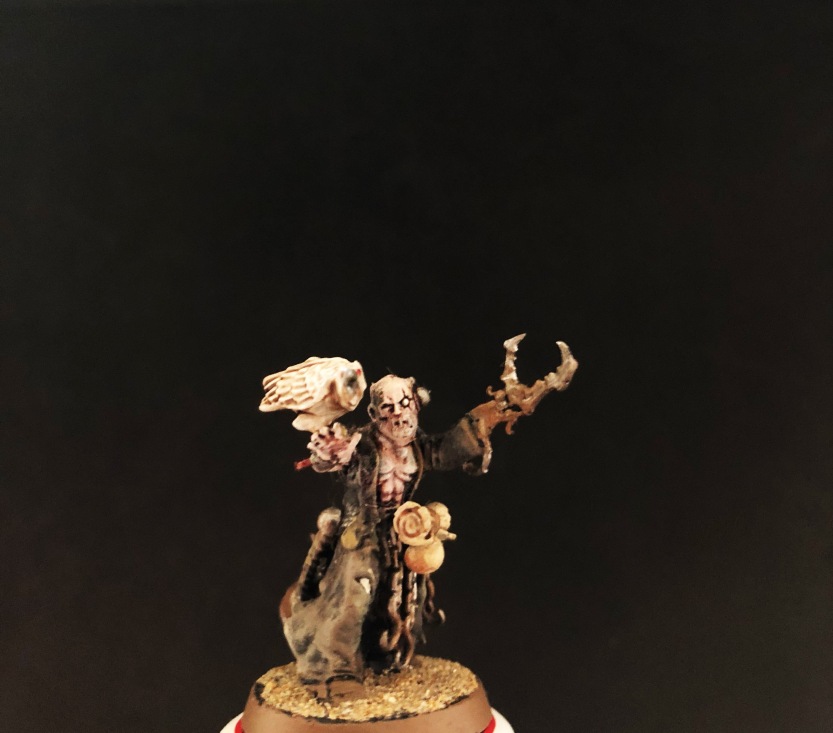 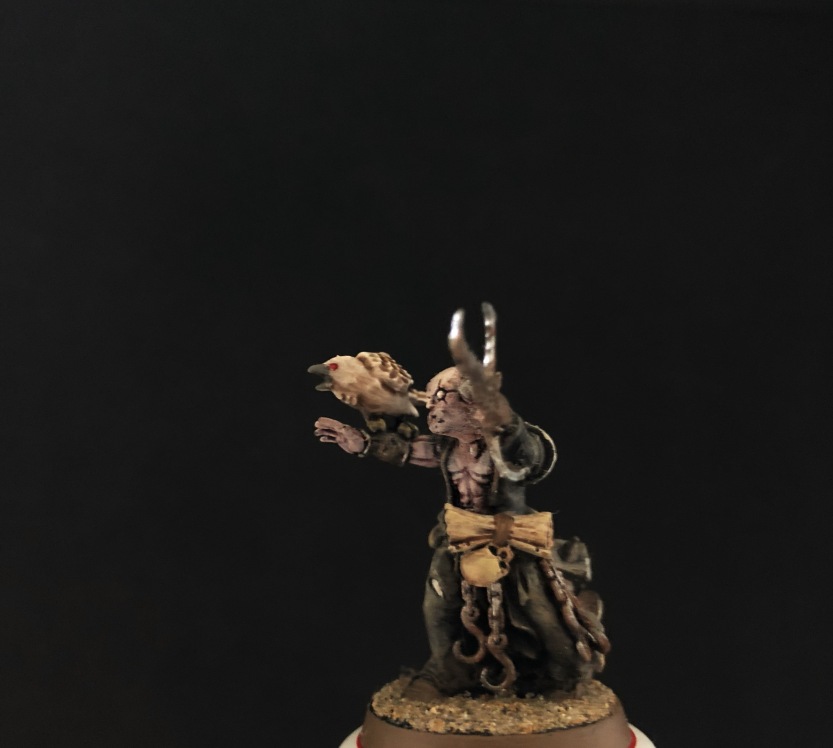 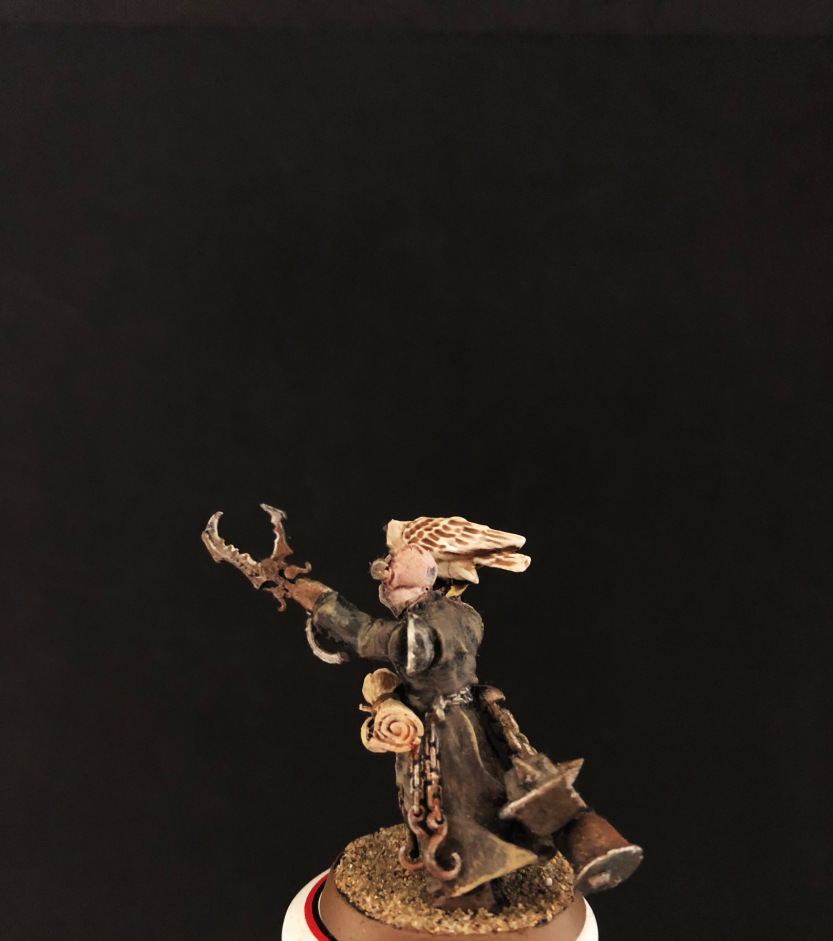 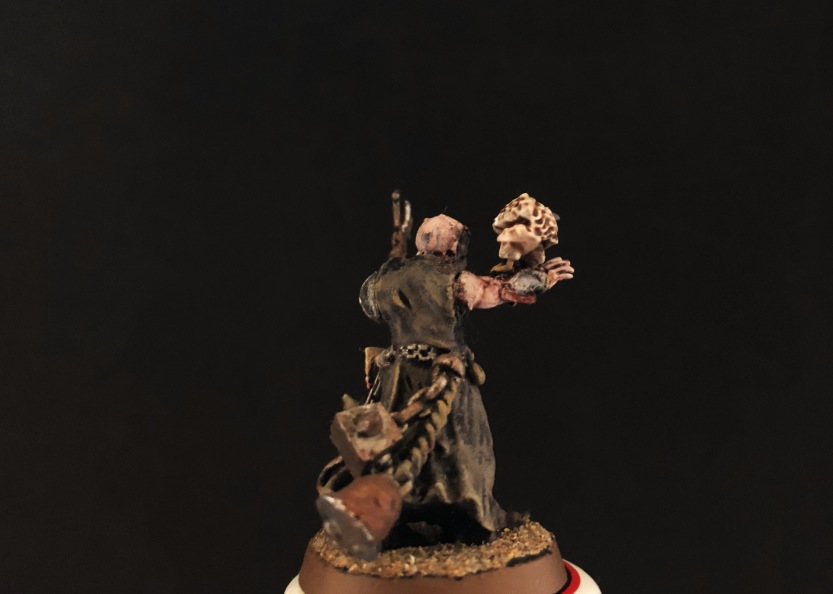 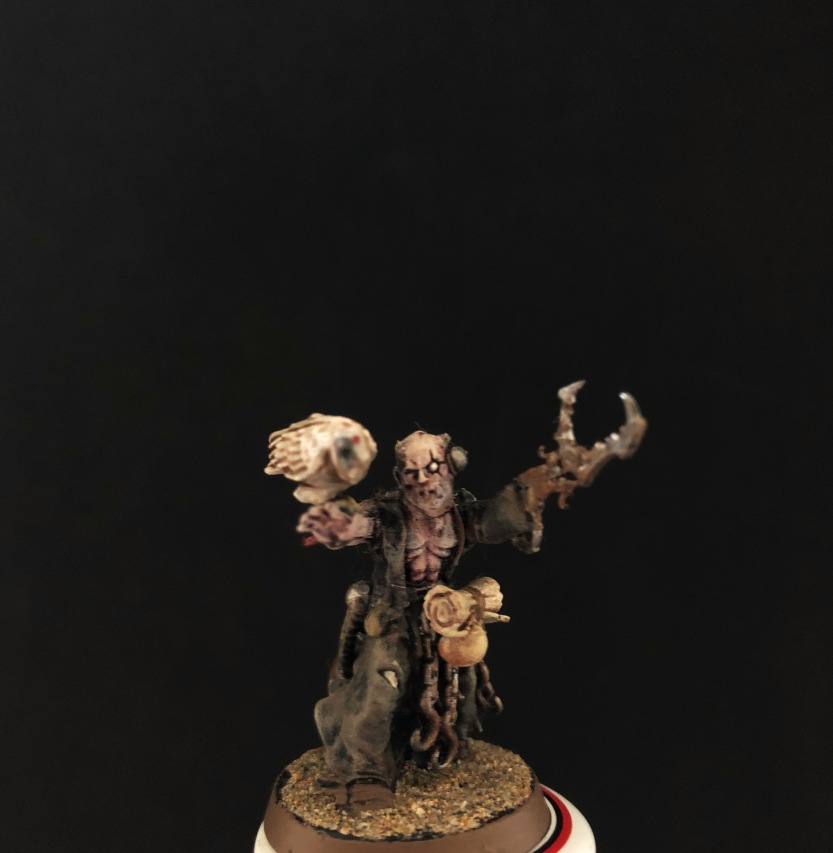 Apologies for the bottle cap of the Vodka bottle haha. I was trying to give the minis some height and errr Vodka just happened to be at hand haha.

Heres a shot of the arch nemesis’s together. 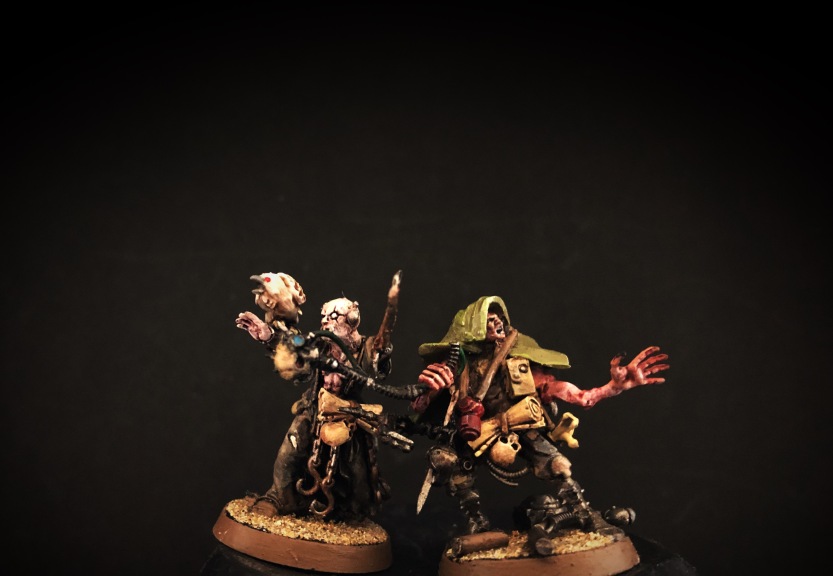