FINALLY I’ve made a start on my BIG pirate project.

Its been a loooong time coming and first let me say that a lot of the inspiration for this project has come from out very own Mikko of Dawn of the lead. Go check out his page here –

and type “pirate” in the search bit and be prepared to be dazzled. I won’t even pretend that my work will even come close to comparing to Mikkos. Not only are his miniatures extremely well painted but his research and knowledge on the pirate era of olde is captivating. Be sure to click on his page.

I won’t go into too much detail about the plans I have for Saint Kristos just yet as I want to focus on the first miniature more than anything for this debut post. I will say this though, it will be, by far, the biggest, most ambitious and most involved project I’ve tackled to date. I usually prefer small armies or war bands but this one will be BIG. What will be a key element in making this project epic will be the “fluff”! There will be a back story to every single miniature/island inhabitant.

One other point I need to make is that I plan on having a lot of fun with this project. Including silly and cheeky back stories with a bit of sexiness and a lot of madness and fun haha. I hope you will all enjoy the ride and even join in on the fun.

Lets get down to the first, very iconic, pirate for the Pirate Island that is Saint Kristos.

Long Schlong Silver (I told you it would be cheeky).

Pretty sure I picked him up a couple of years back from wargames foundry.

Long schlong is older than time and crazier than a bag of coconuts.

No one really knows how he got his name but some say he lost a good portion of his… Umm well portion at the same time he lost his leg. He never talks about the incident except for saying he had been lucky to have survived.

Long schlong was marooned on the Island of Saint Kristos back before it was named and had only just discovered by a small band of Pygmy fisherman (long dead). Long Schlong Silver basically decided to claim the island as his own and set up his own little hut. For nearly five years Long Schlong lived simply and happily.  Having spent years at sea what better place could he have chosen to retire but, ho hum, then the bloody do gooder British turned up and spoiled everything. Long Schlong was very adept at acclimatising to his surroundings and to people if it meant his own survival so he became an advisor (informant) to the new owner of, the newly named, Saint Kristos, Governor Benjamin Blackwell.

Now, all these years later, Long schlong is loyal to no one but himself and betrays everyone. It’s a surprise to everyone, including himself, that he hasn’t dangled from a rope by now but, alas, he is a good talker and very, very cunning. So cunning in fact that he once convinced a drunk old sea captain to give him his ship and then sold it back to him the next day for a very handsome profit.

Some say Long Schlong Silver has an absolute fortune buried somewhere on Saint Kristos but no has yet to find it or catch him rolling around in it. 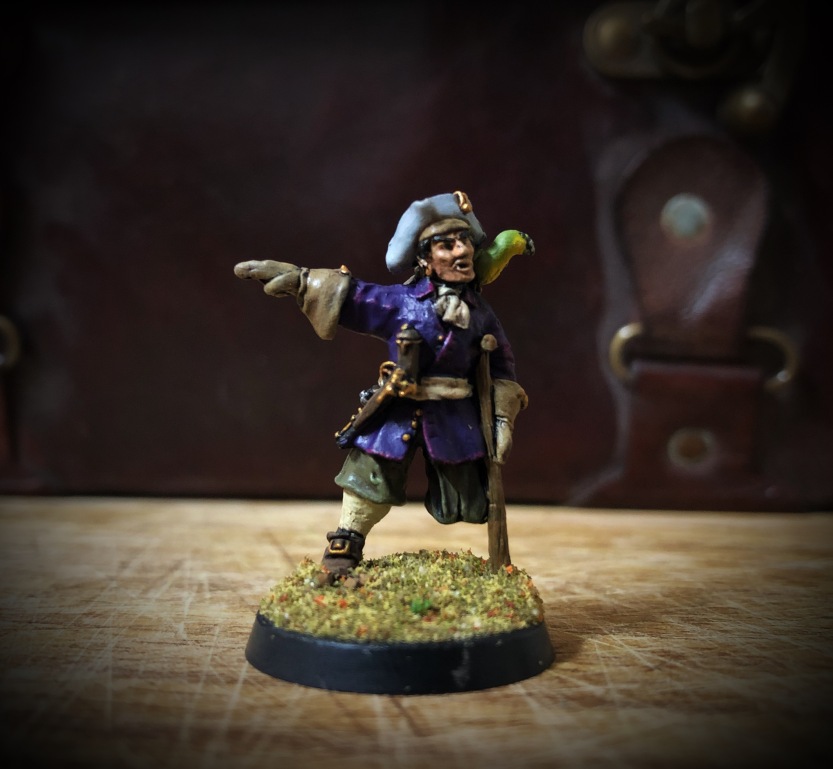 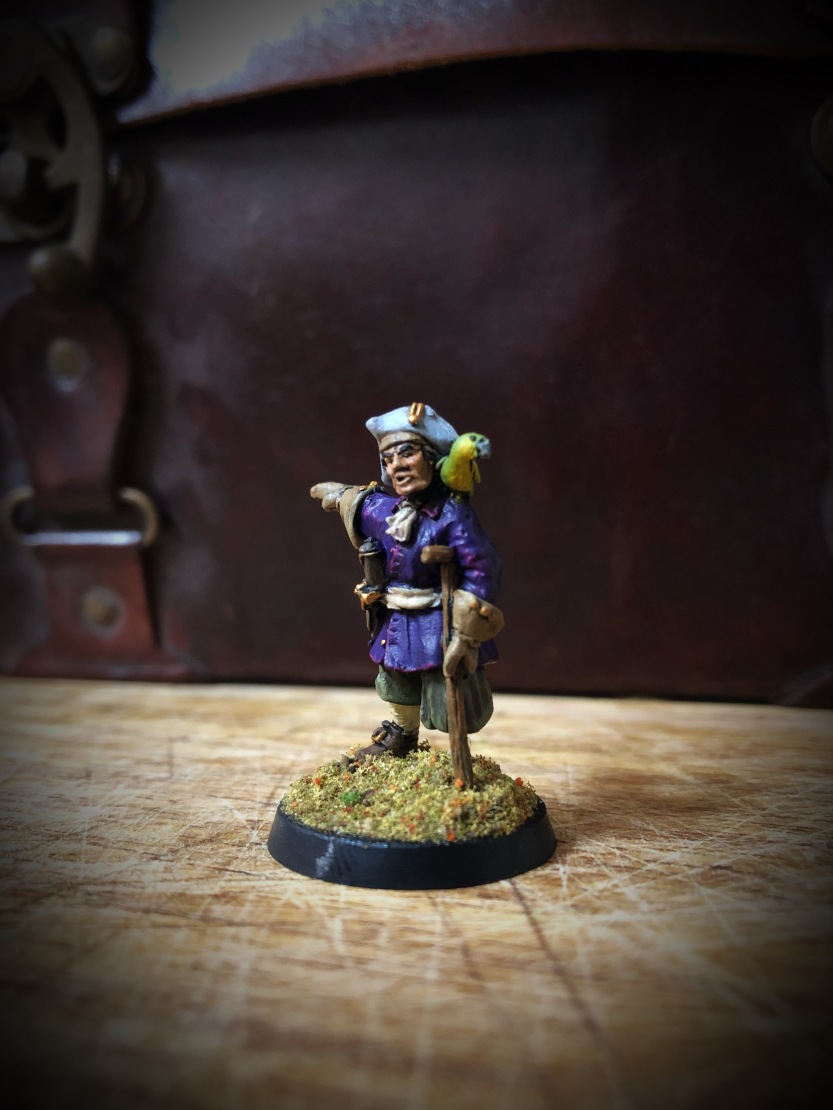 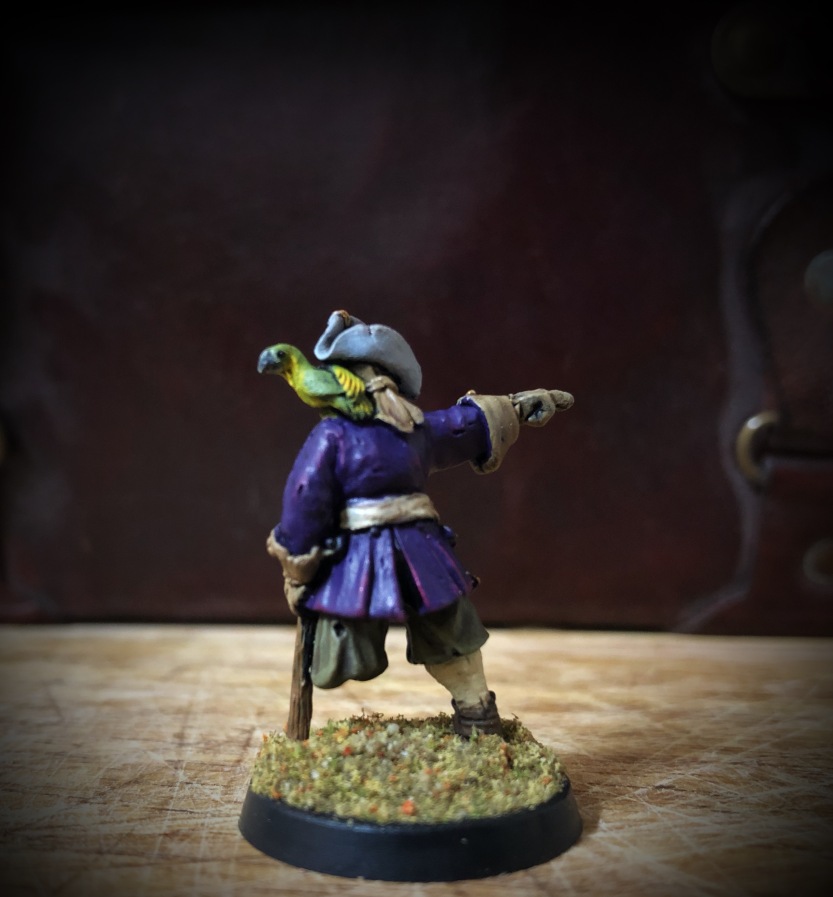 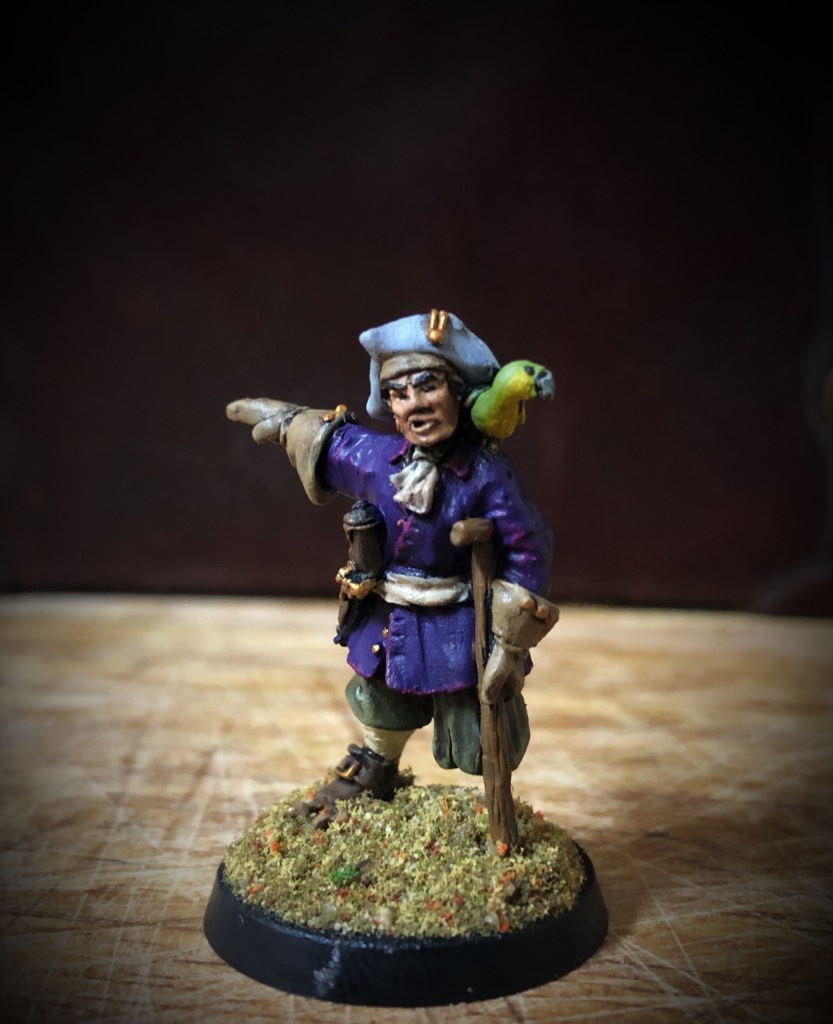 I feel it was a great miniature and character to kick this project off. I remember watching the movie as a kid and being quite scared of Long John, even when he was being friendly. I don’t think I trusted his big bushy eyebrows hehe.

I feel excited to have finally made a start but, much like the medieval project, I feel a little daunted by it too hehe.

Thanks for reading and I’d love to hear your thoughts on Long Schlong Silver and also if you have any ideas for characters and back stories. I’d absolutely love it if you got involved. You can put in a comment or feel free to email me at themadnessofiro@gmail.com

What did the First mate see down the toilet?