Progress on the island has trickled along. I feel quite encouraged to keep chipping away at this project.

The other day I achieved three things for the island.

1. I pointed THE MAIN CHARACTER for the whole island/project

2. I painted Emperor “Pick Your Bones Apart” – Leader of the French contingent of the island.

3. Built, base coated and then highlighted a laser cut MDF Church/Chapel/mission from Sarissa.

Lets start with the Mission 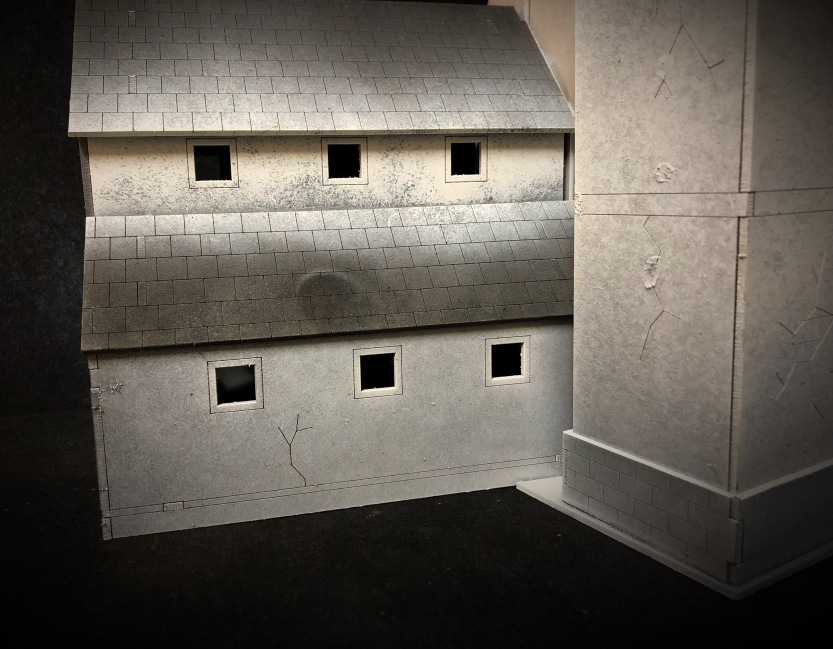 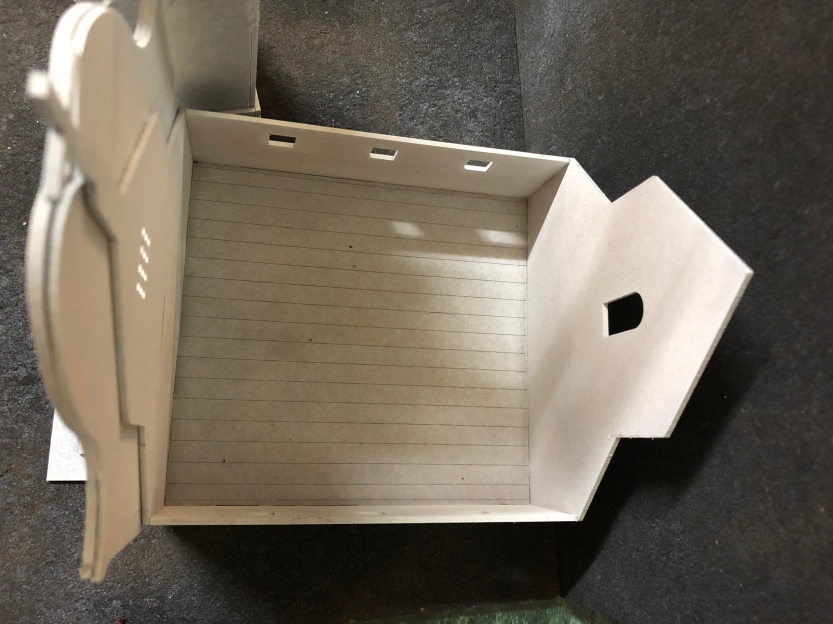 I call it Saint Jades, named after Sister Jades (another character on the island) mother by the same name who was one of the first settlers on Saint Kristos. Sister Jade (senior) helped build the Mission, tried to educate and convert the Pygmy inhabitants and when that failed had them slaughtered or sold to slavers.

Its the first time I’ve built one of these things. I’m not really into building model kits generally. I mean as in planes, ships and buildings. As you know I much prefer to make them my own way but for this project I’m going to keep things simpler. Mostly because it’s such a big project and I don’t want to get too bogged down.

It was quite fiddly but also quite fun and easy to build. The instructions were a bit ambiguous but the kit itself is fairly straight forward so I sort of winged it.

The walls will remain a murky white but the roof will be terracotta and I’ll add other details like the timber floor and brickwork around the base of the tower.

Its also bigger than I thought but a really nice looking building and should suit the overall theme of the island.

As you can see I accidentally broke the crucifix BUT I kind of like it. It’s sort of symbolic to the debauchery that goes on on the island hehe. I just don’t know how to make sure it doesn’t break any further. Any ideas on how to strengthen it?

Next we have Emperor Pick Your Bones Apart.

Best EYES I’ve ever done in my humble opinion. Usually I’m quite SHITE at eyes haha.  Here’s a close up

Love this metal sculpt and fell in love with him about a year ago when I first discovered the Freebooters website. He oozes character and I love how he is a bit short, dumpy and pompous. As mentioned he’s in charge of the French contingent of the island which really just consists of a small rag tag army called The Rag N Bone Guard.

Last we we have the simple shepherd boy Asif who, as it turns out, is not so simple. Despite the fact that there are murderous pirate captains and a devious and cruel Governor it’s Asif the shepherd boy who is actually running the whole show. He is feared and revered by all on the island. He is shrouded in secrecy and, despite his humble appearance, is the wealthiest soul on the entire island. He has his fingers in all the pies and rules the Island with an iron fist. Just about everyone on the island either works for him or owes him. His trusty Sheep is called Conan the BaaahhBarian 😉 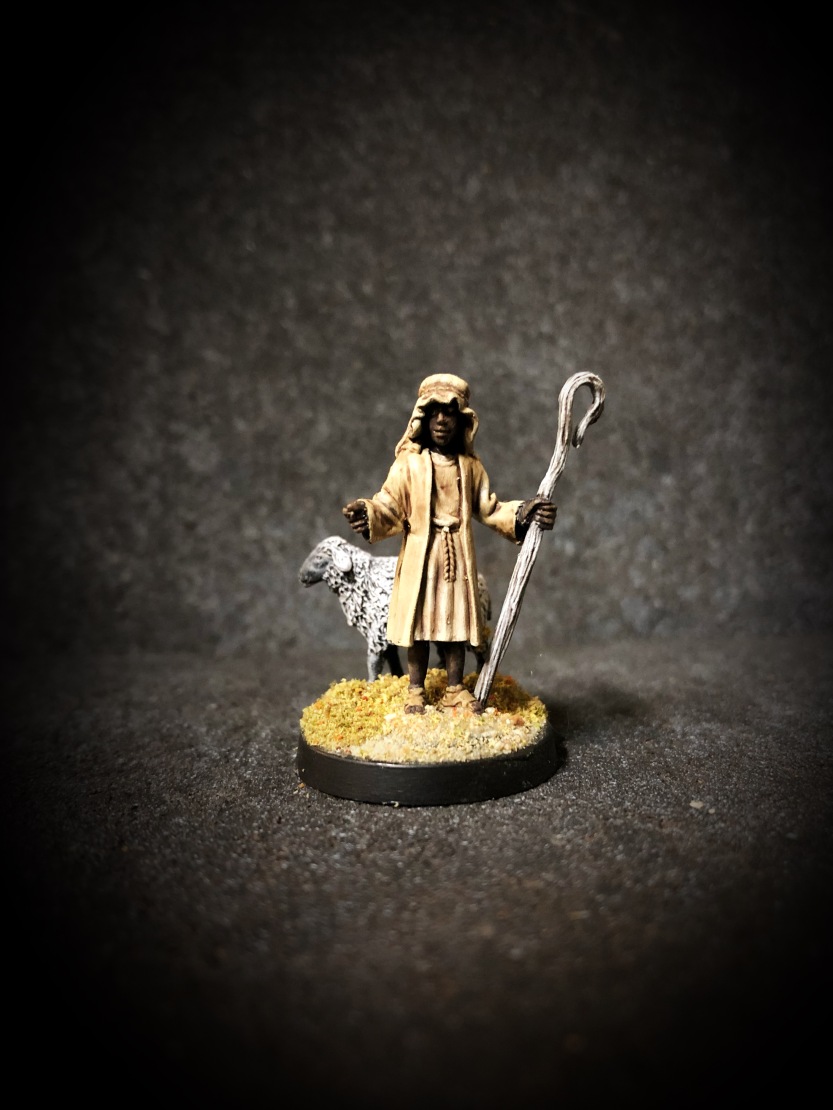 Not too much else to say apart from they were fun to paint and I feel good that I’m chipping away at this HUGE project.

If you haven’t seen it give it a go.