I thought I’d dig out the same model from my, forever growing, pile of plastic.

I like the model as it is but, as is my custom, I had to see what else I could do with it.

So instead of making one from the kit I built two from the kit and added another base model from the Blackstone fortress sprues.

What I ended up with are two more for the Enlightened (pysker warrior priest unit of the army).

First is my favourite of the two who I call Crazahl. 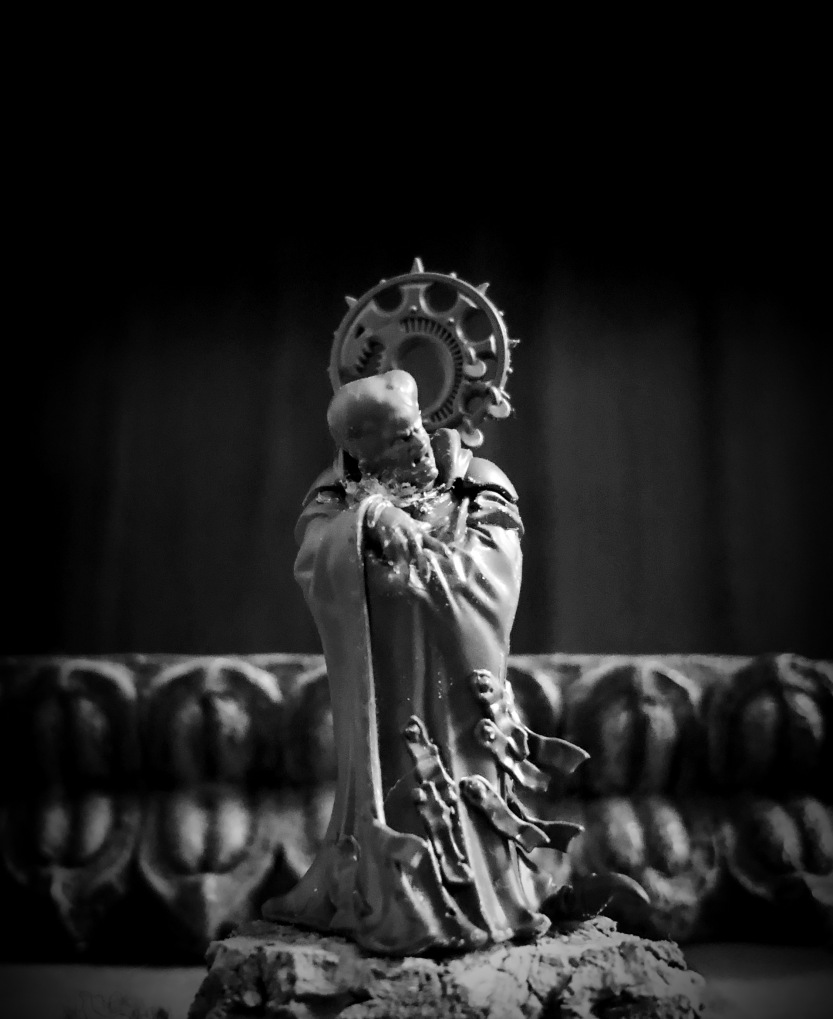 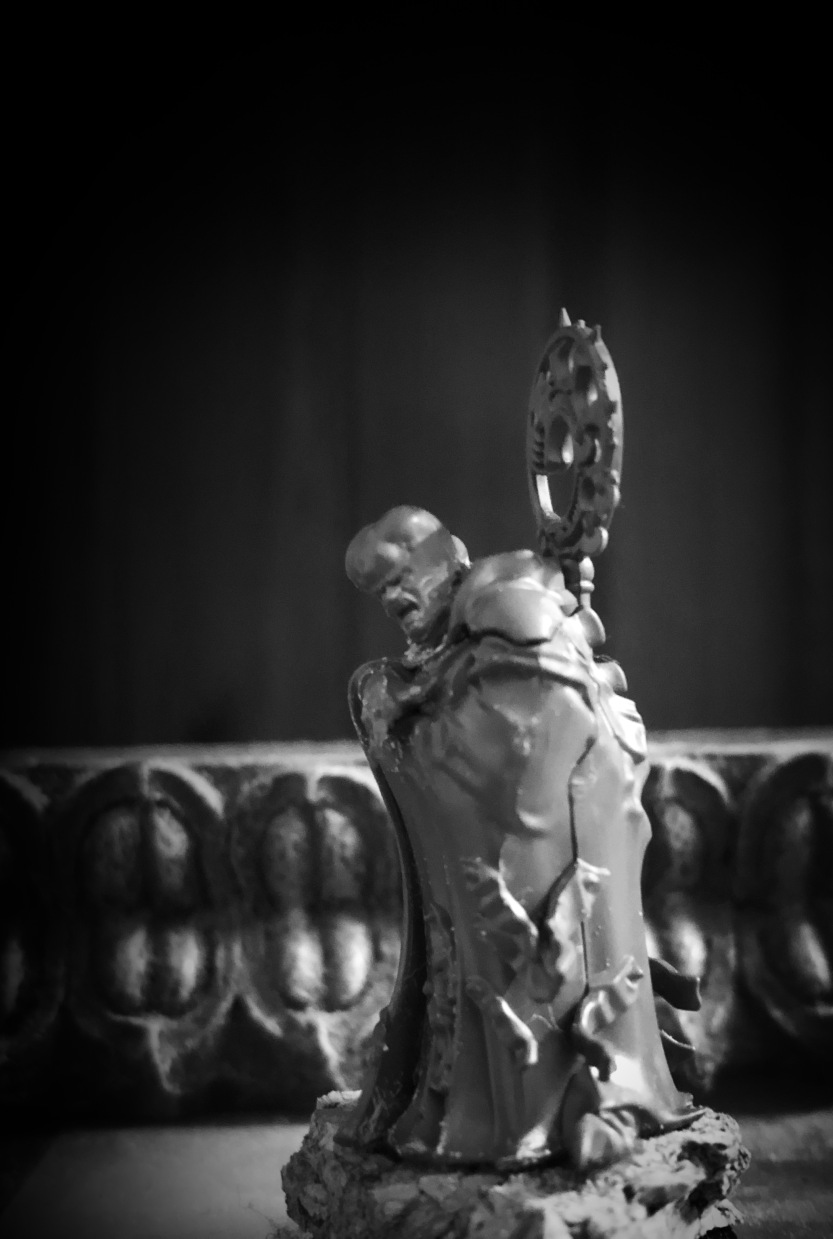 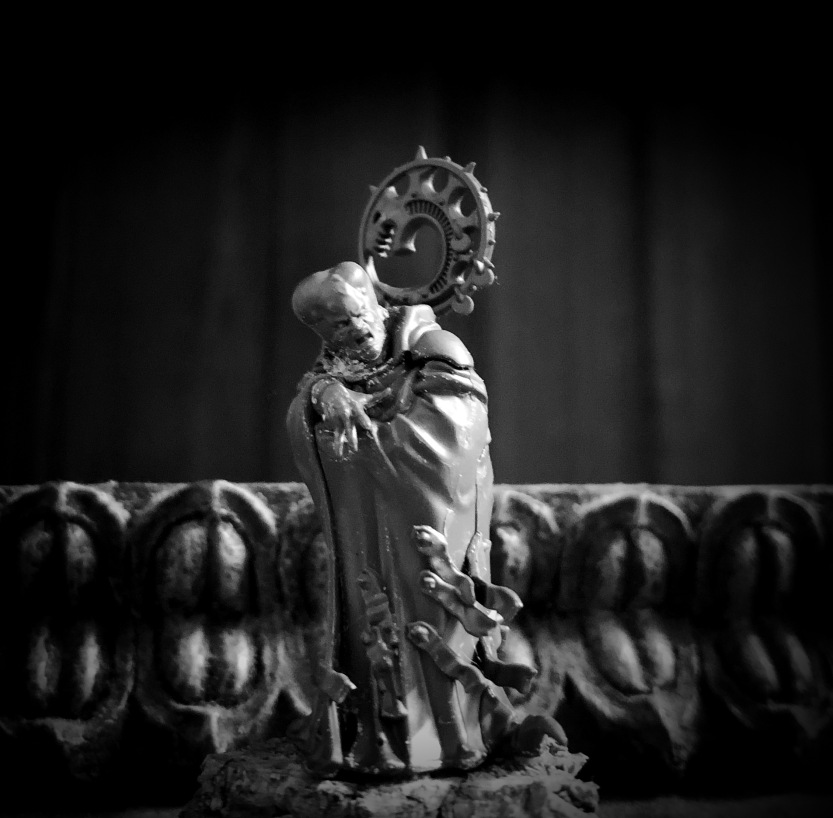 Basically he was a simple head and hand swap. I really like the hand as it looks like he half grasping his cloak but also doing some sort of oogedy boogedy haha. I also love his head because it ties in well with the mutating aesthetic I’m going for.

Then we have his pal Kranitor 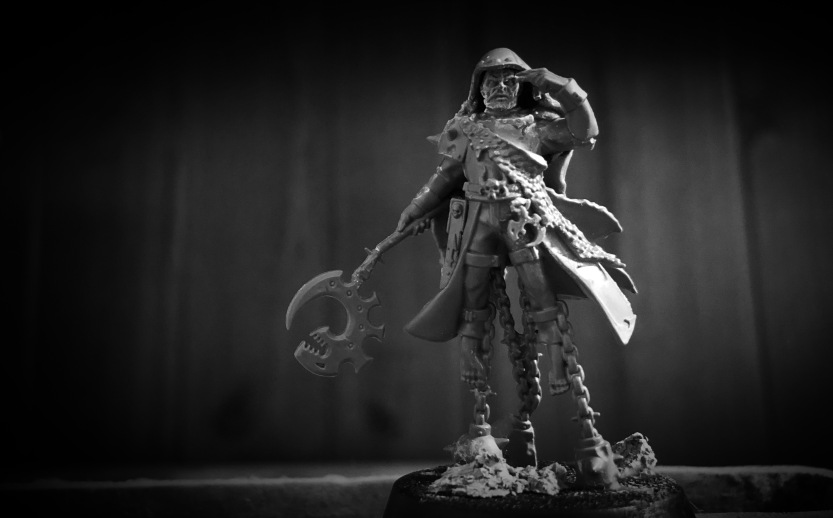 A tricky conversion to get right actually but I’m happy with the end result. Again it was really just a head swap but I also made his cape from greenstuff and swapped over the adornment on his sceptre.

So the Nid/Genestealer continues but I’m feeling like a small break again so this weekend I hope to paint some new “veteran” recruits for my Praetorian Guard Army. However we are also doing a surprise Christmas in July for the kids on the Saturday so we’ll have to see.

As mentioned in Part 6, my youngest and I went to the house of war gaming and hobby shop in Ringwood the other day. She bought some cool miniatures and I taught her how to paint.

For a five year old she had good brush control, better than her dad, and was quite patient.

We spent about about an hour on it on the Sunday and then this evening we finished it off.

Heres the finished monster which she has decided to call…

She really enjoyed the Ponting and kept saying, as she painted, “daddy I like this… I like painting models… I want to paint more models” haha. I’ve created a new hobby addict yayyyy!!!