Even though it wasn’t part of my plan for January this, particular, project (Praetorian Guard) is on the BIG 2020 list.

A while back TIM brought my attention to a lovely miniature called Lord Flash who is, basically, Wing Commander Lord Flashheart from Blackadder series 4, Blackadder Goes Forth.

Played by the late, and great, Rik Mayall, Lord Flashheart, who also appears in series 2 as an aristocrat, is the epitome of English pomp with all the brashness of an over bearing but charismatic bully from an all boy private school. Rik Mayall played the role absolutely perfectly and in a comedy series filled to the brim with comedy gold, Mayall’s character, Lord Flashheart is a real stand out.

Without further ado let’s meet, in memory of the great man, Lord Mayall 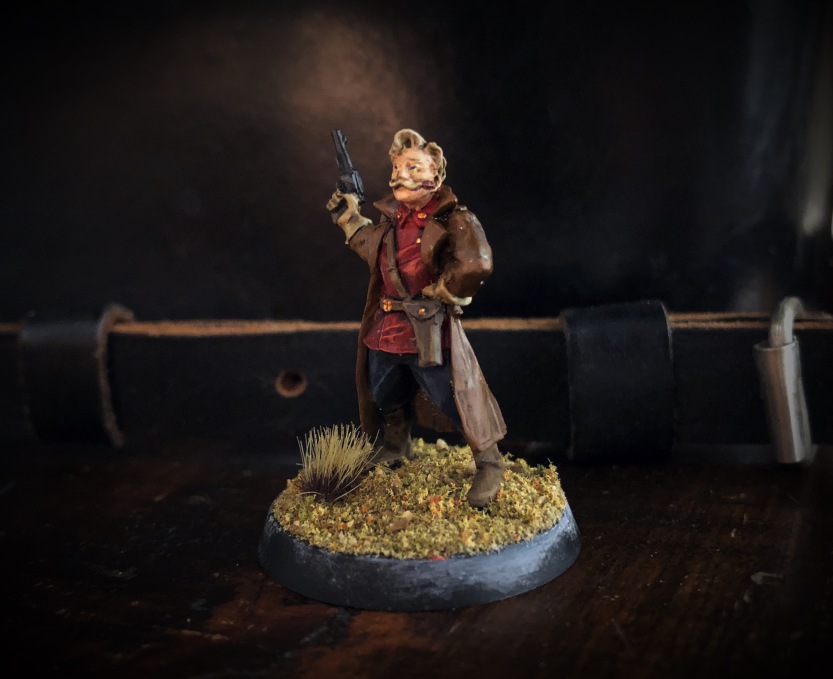 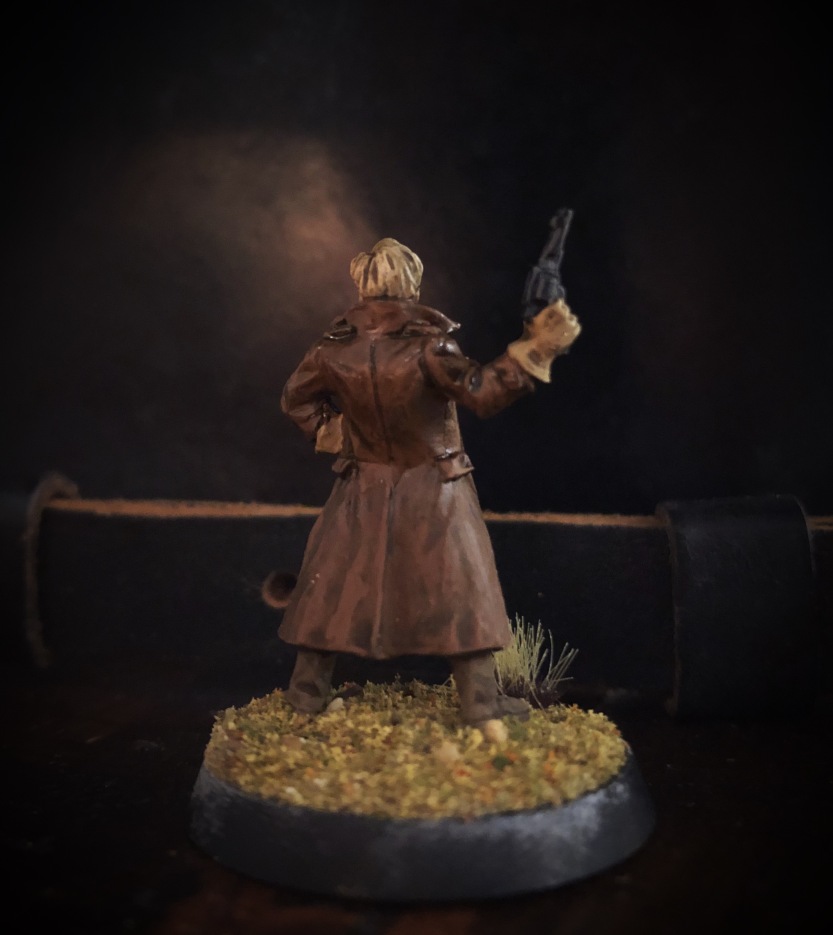 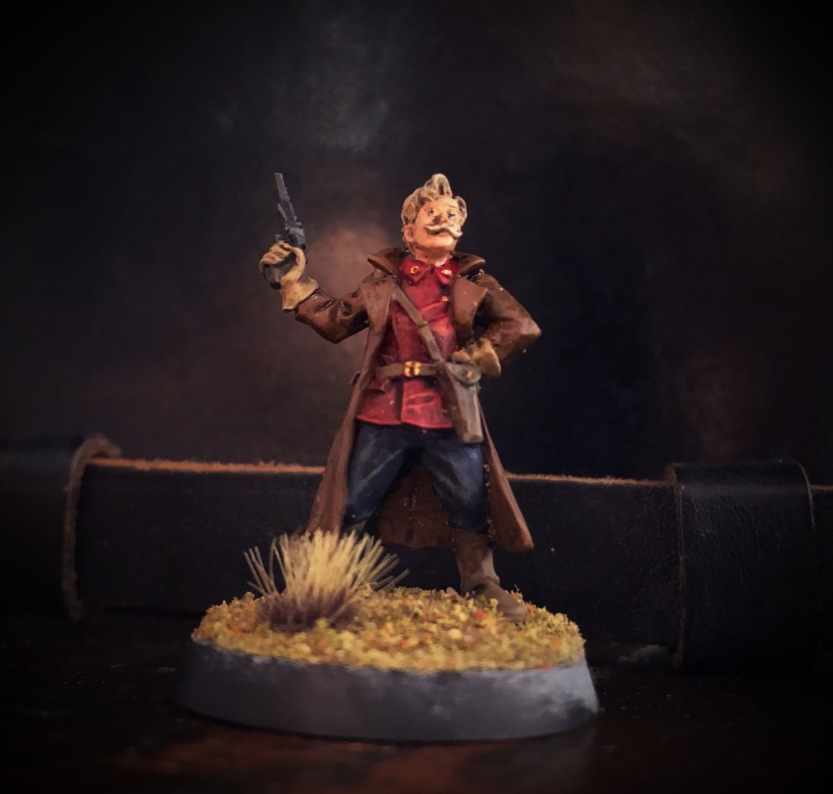 Here is the Co-Pilot, First Officer Edmondson. Let’s see if anyone can pick up on the connection. Not sure where I picked this mini up or what brand it is but he suits the “co-pilot” role perfectly. 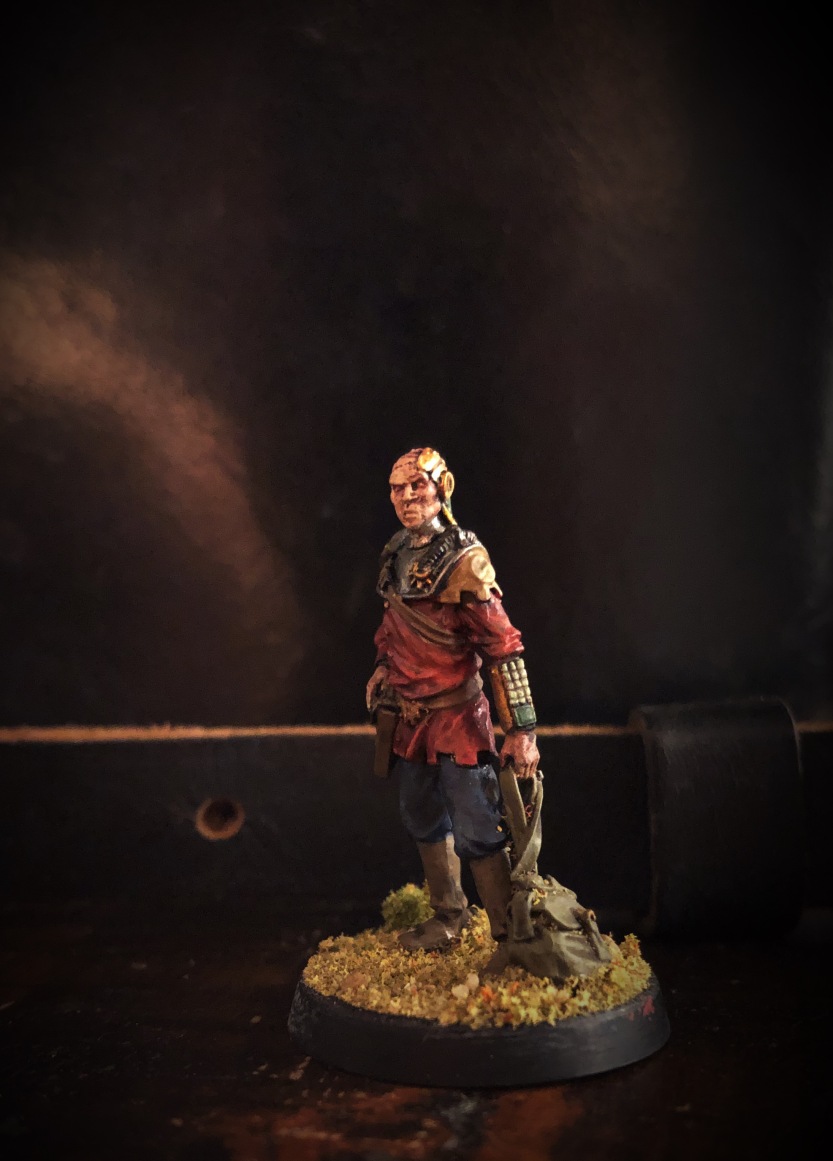 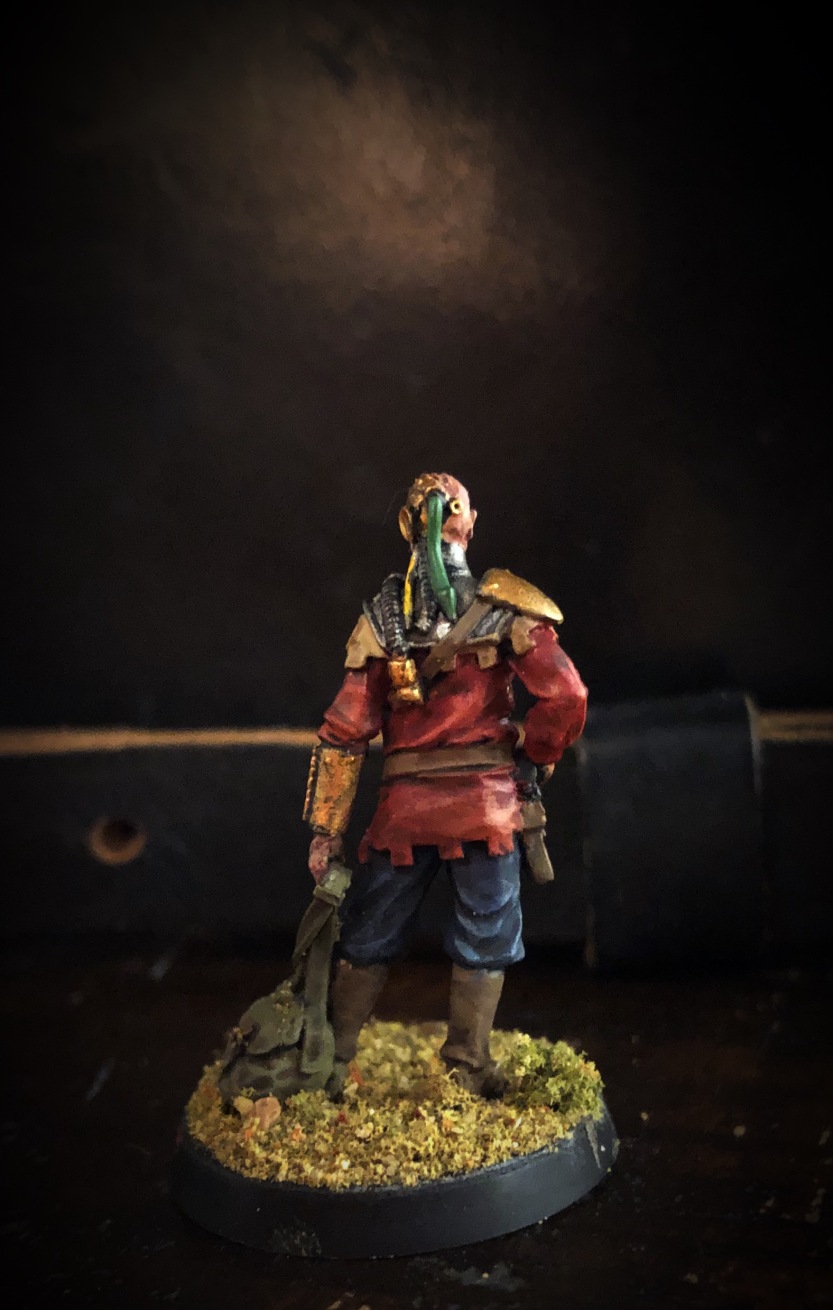 Just for a bit of fun the backdrop is my grandads field glasses (binoculars) case.

Now they just need something to fly… ?

FYI – If you missed it here is how TIM, brilliantly, painted Lord Flashheart.