A good start for February on the old painting front. I’m on a bit of a roll, so far, this year.

A quick note, I’ve taken a leaf out of TIM’s book and I now paint the face of the miniature first. 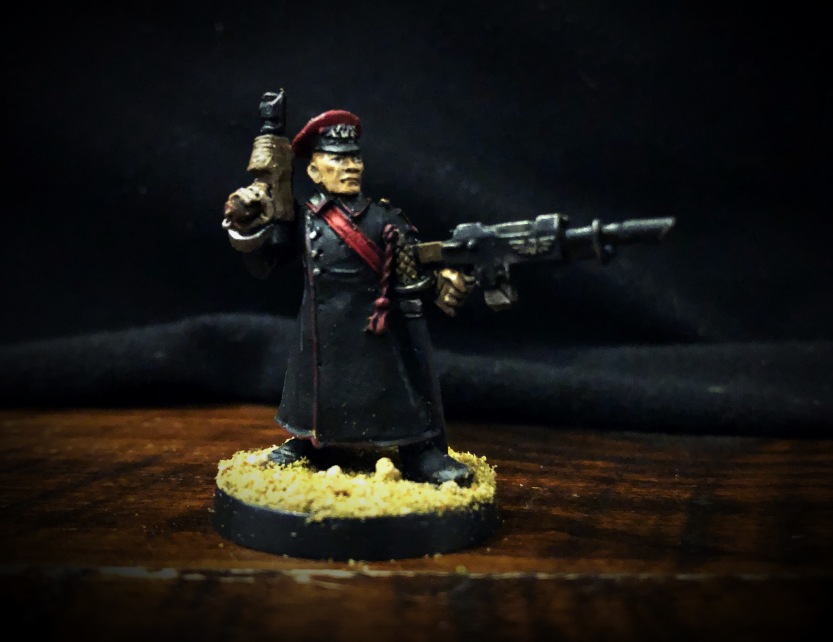 Sent to the slammer for refusing a direct order to lead his men into a suicidal mission. However, Hero is one of the bravest and fearless individuals ever to fight for the Last Chancers. The Praetorian Guard snapped him up pretty quickly to be a squad leader and champion for their veteran squad.

I’m tempted to collect all of The Last Chancer models now. Should I shouldn’t I???? Haha

Holton is the Commander of the Veteran Squad. He is suave, sophisticated, charismatic and horribly disfigured. Six years ago he was the target of an assassination attempt by the filthy Traitor Guard which left his face and upper chest burnt and scarred. He is never seen without his, gold trimmed, breathing mask.

Veteran troops, including a couple of Lieutenants (First two minis below) and a couple of standard troops. 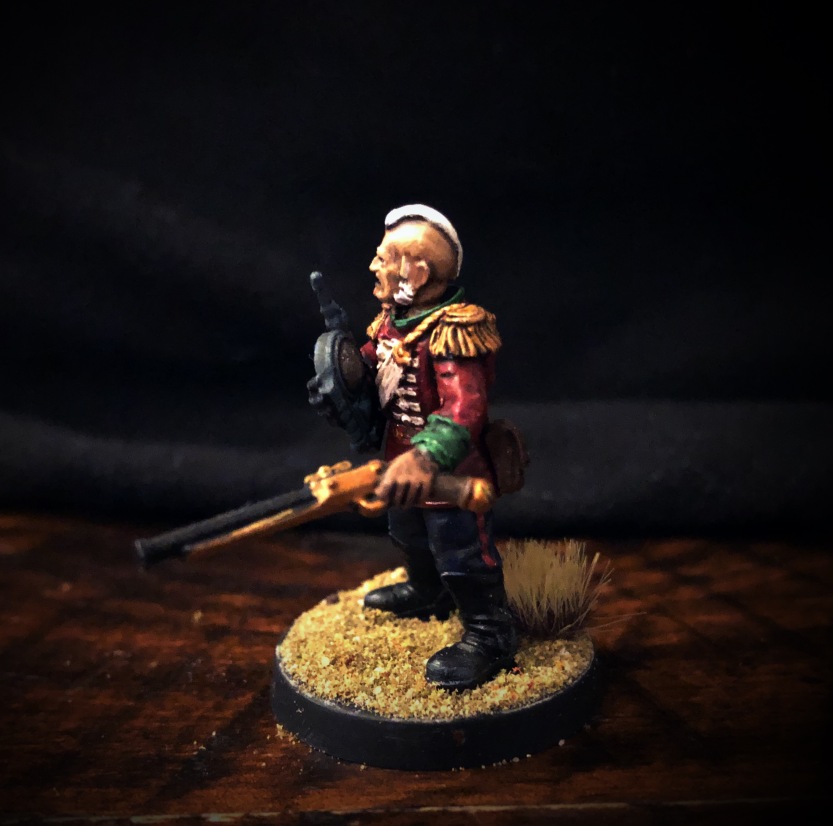 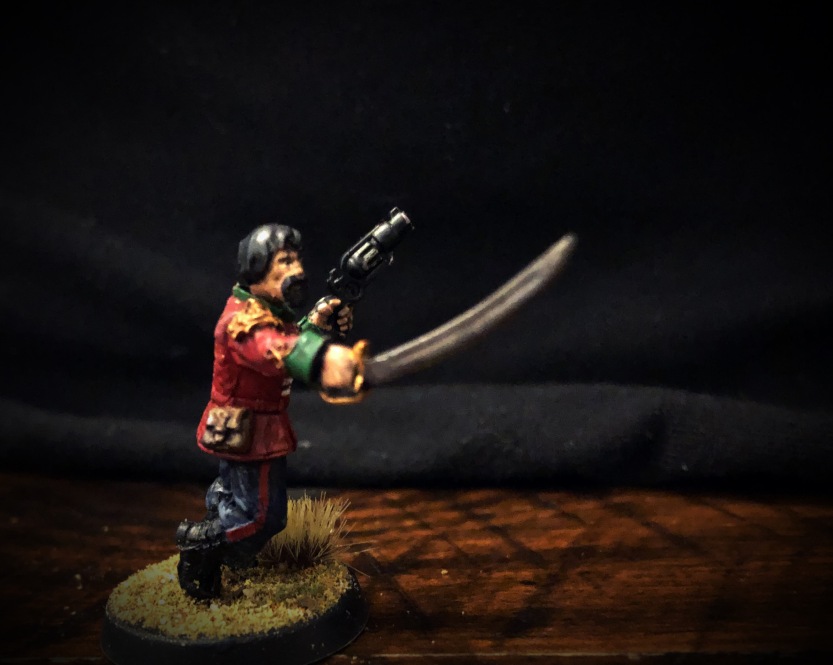 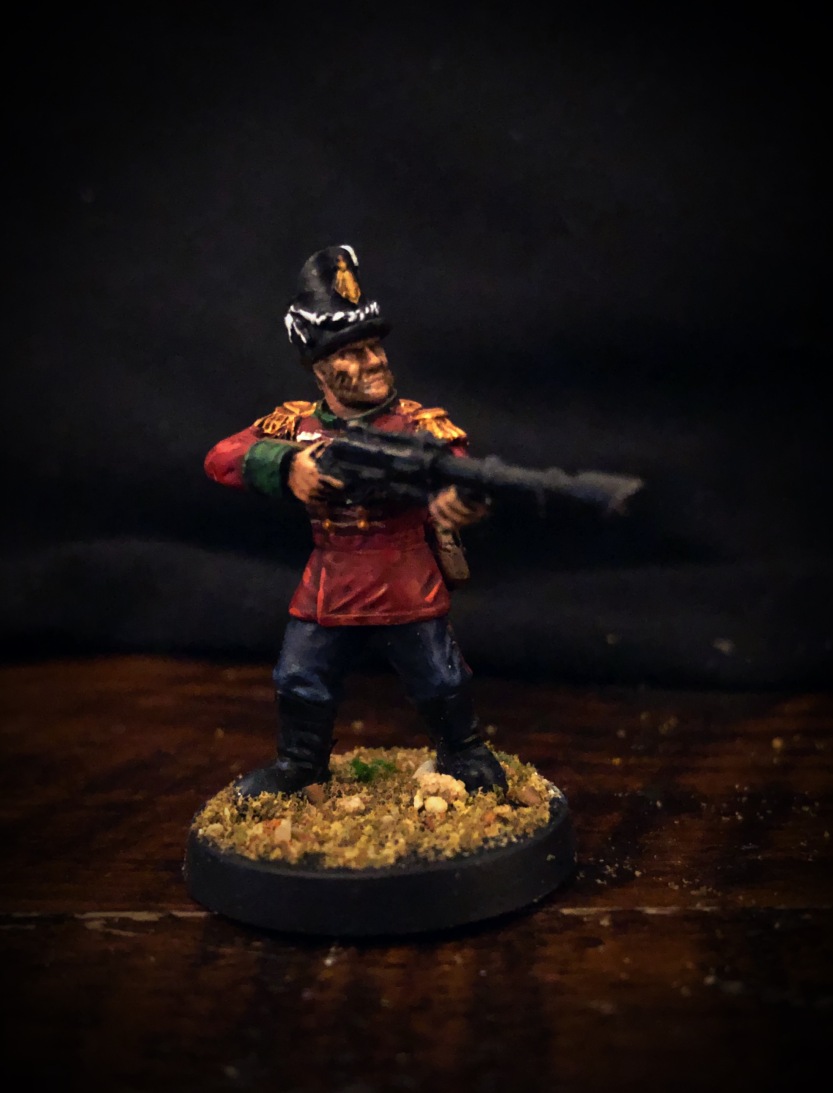 Heres a group pic of the veteran squad as it stands at the moment. I still have another dozen models to paint though.

I have a vehicle and a terrain piece coming up soon for this army but I’m really enjoying painting the characters and troops at the moment.