If you’re are wondering about the quote in the title it’s not my own personal thoughts haha. Instead it’s quoted from Cardinal Armandus Helfire of the ecclesiarchy. Basically the God/Emperor Religion in the 40k universe.

So what’s all this Godliness about?

Well, I have an amazing miniature for you today.

What makes it amazing? Well not really my paint work haha it’s the sculpt. It/he is so detailed but I also love the design and the stance of this bad boy.

I had wanted this miniature, from games workshop, for quite some time and it’s been around for quite a while I believe. I finally got a hold of it at the end of 2019 and I’ve been itching to paint it ever since.

For me, the miniature brings to mind a standout character from the Mad Max movie “Fury Road” known as The Bullet Farmer.

So let’s meet him…

Bold, blunt and ballsy, is what the Praetorian Guardsmen whisper when discussing, in hushed tones, the old drunk. He’s forthright and can be extreme violent at the drop of a hat or a blaspheme. 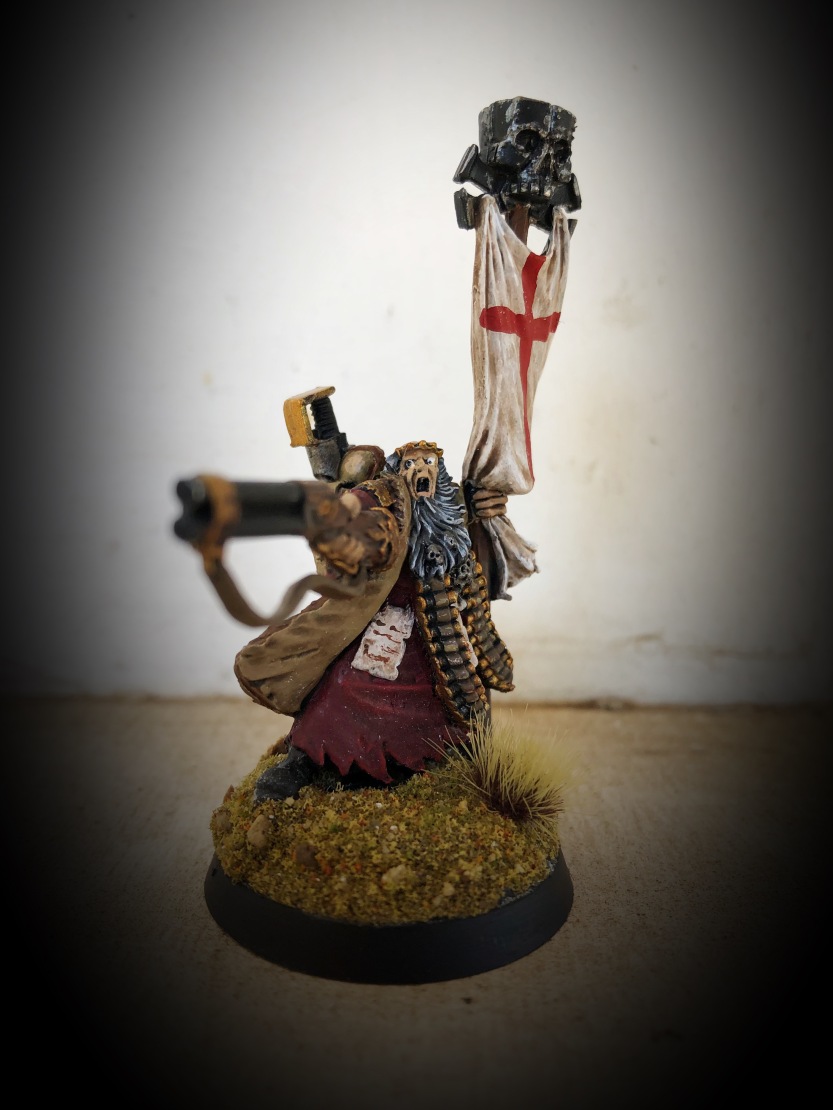 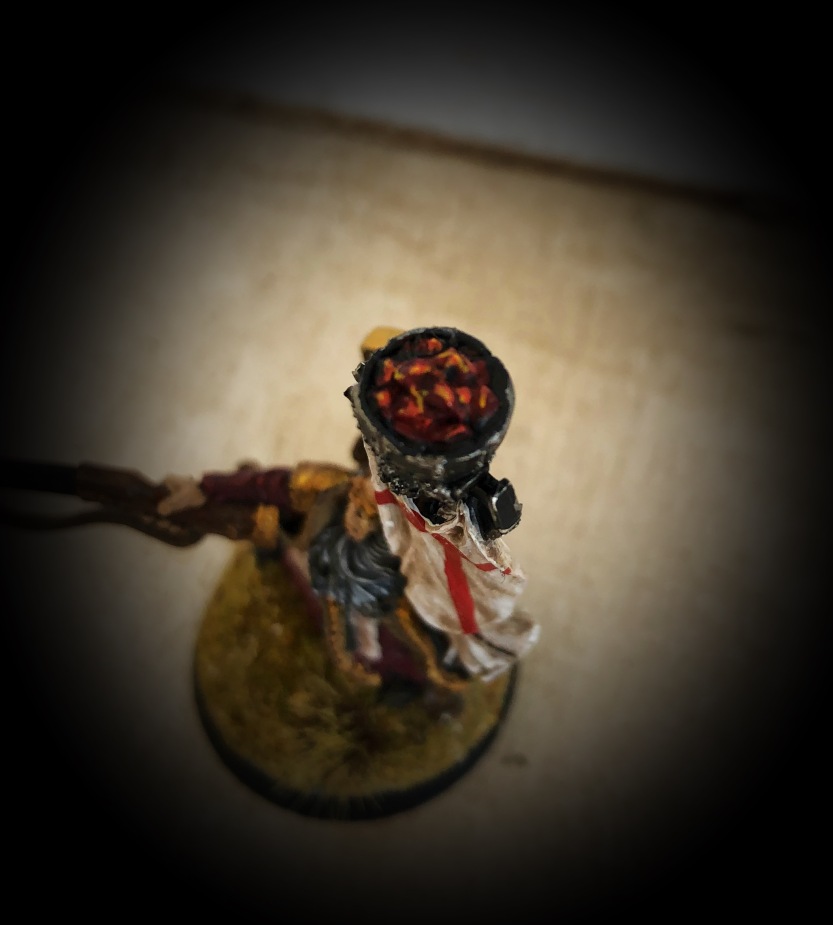 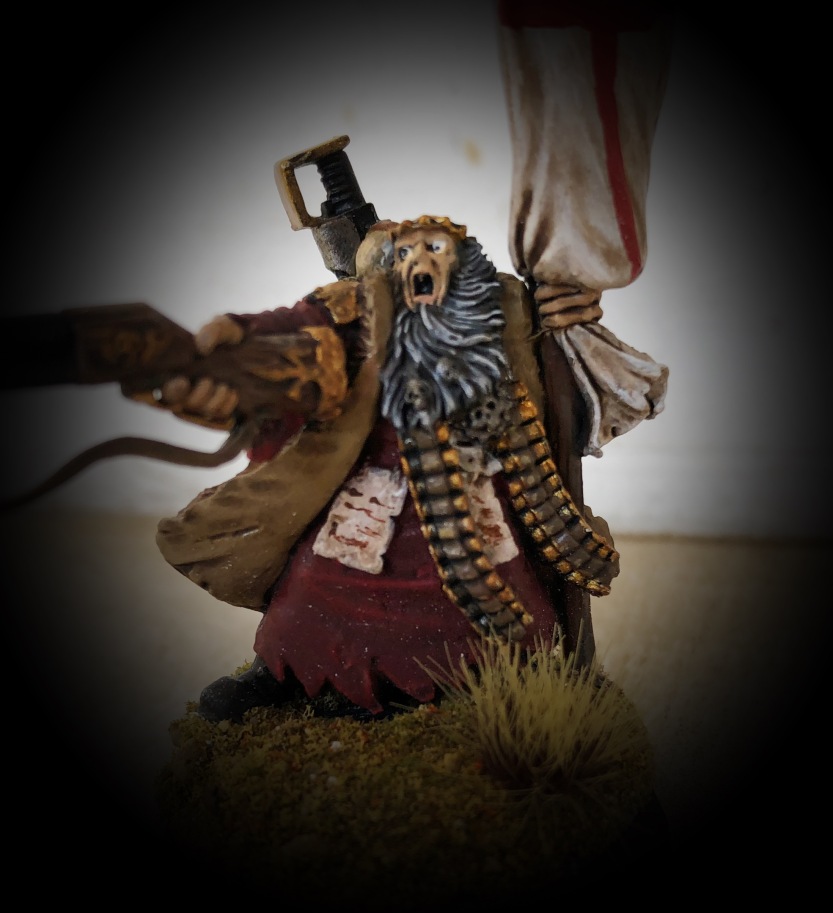 He was a lot of fun to paint. He’s, literally, big, heavy and chunky.

He has to be one of the best sculpts I’ve ever painted.

On a technical note I’d like to thank TIM for emailing me the steps on how to do eyes. As you can see by this mini I still need to practice but TIMs formula definitely works. I think I need some finer brushes too.

Also, I took the photos outside. First time ever. It’s true what they say about natural light. I had no need to edit the photos after.