A: None because he has already smashed it by landing on top of it.

Do you guys remember when I made that “Battle Of Britain” Diorama for my mate Warrens birthday?

Well I made another diorama for my friend Glenn’s birthday.

I’m quite happy with him, I just hope Glenn is. The Incredible Hulk is his favourite comic book character. 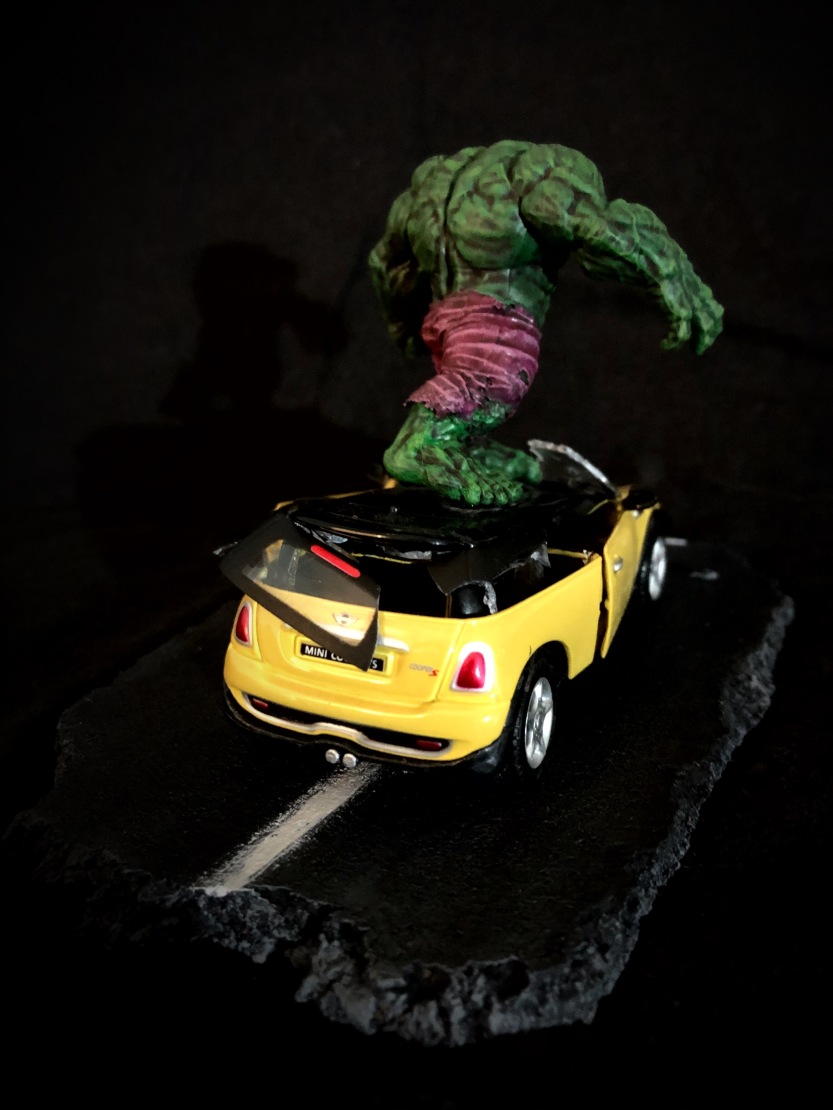 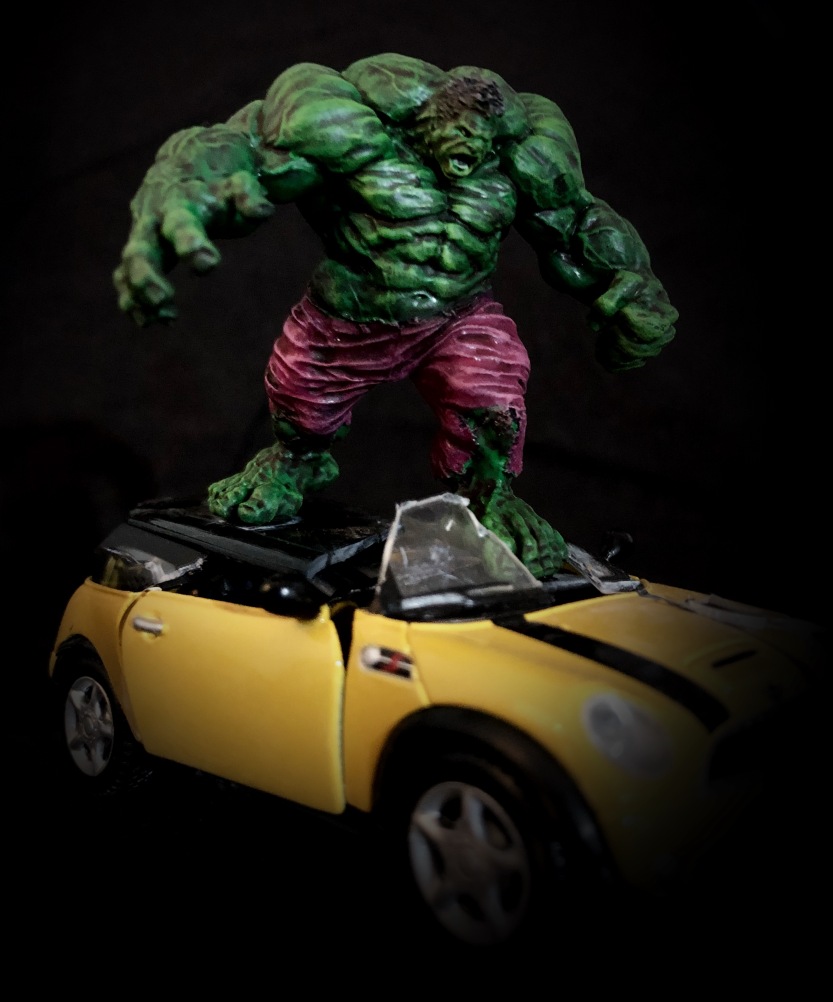 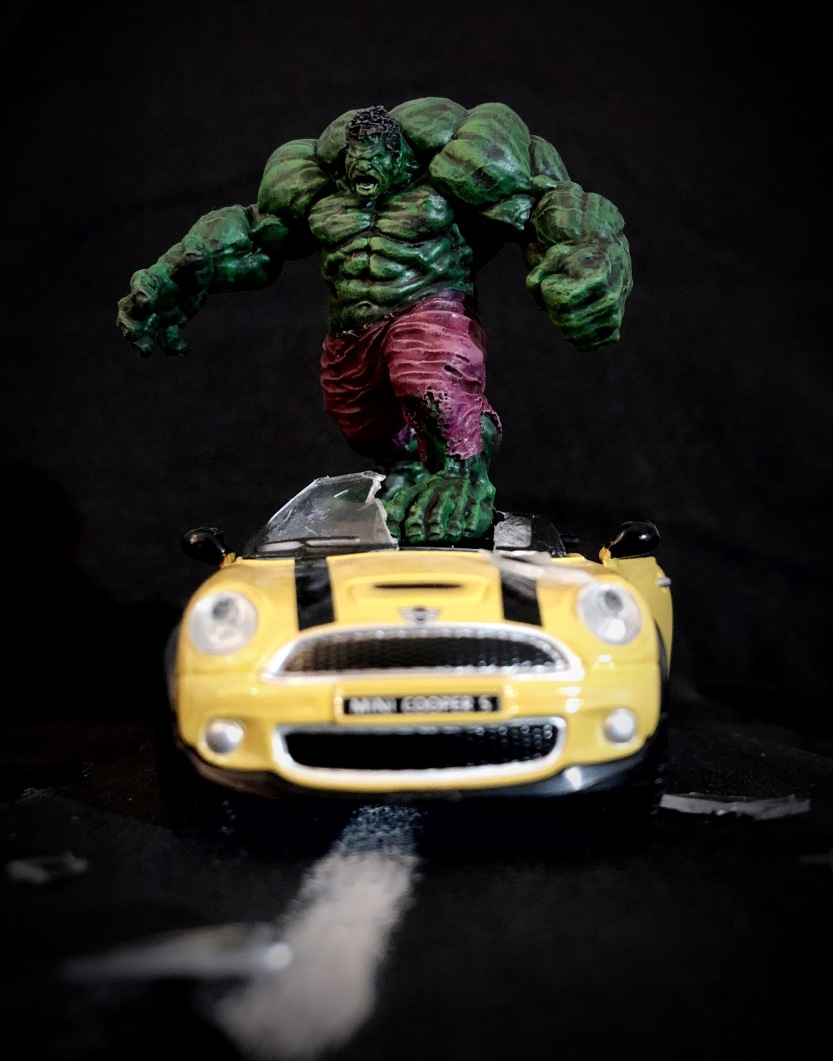 The most nervous part was smashing the car with a rubber mallet haha. It had to look just right. Quite a skill to smash a toy car with a hammer so it looks like a miniature version of the Incredible Hulk has just jumped on it I’d say haha.

15 thoughts on “Q: How many Incredible Hulks can you squeeze into a Mini?”