I hope you’re all doing well in your corner of the earth.

Ive taken a brief break from Bolt Action to paint something else. The good thing about having a few projects on the go at one time is you’re never limited for choice.

I built this chap, called The Rambler, back in 2017. Wow thats gone so quick. I reckon the years go quicker and quicker the older I get hehe.

Anyway, I always liked this conversion/kitbash as he’s a mix of a whole bunch of things. I especially like his crab-like claw. I can’t remember what kit that bit came from but it was the very first piece I chose for this model.

The Rambler is the first for my “Doomsayers” faction for HellGate. The Doomsayers are a bunch of “end of the universe fanatics” who have taken it upon themselves to, not only, preach that it’s the end of times but also to kill every living thing they see. However the irony is they’re not taking their own lives haha. They also won’t take the lives of any citizen who they may need. Eg a blacksmith or a farmer. So like any good fanatical group their philosophy is a little flawed, bless em. Haha. 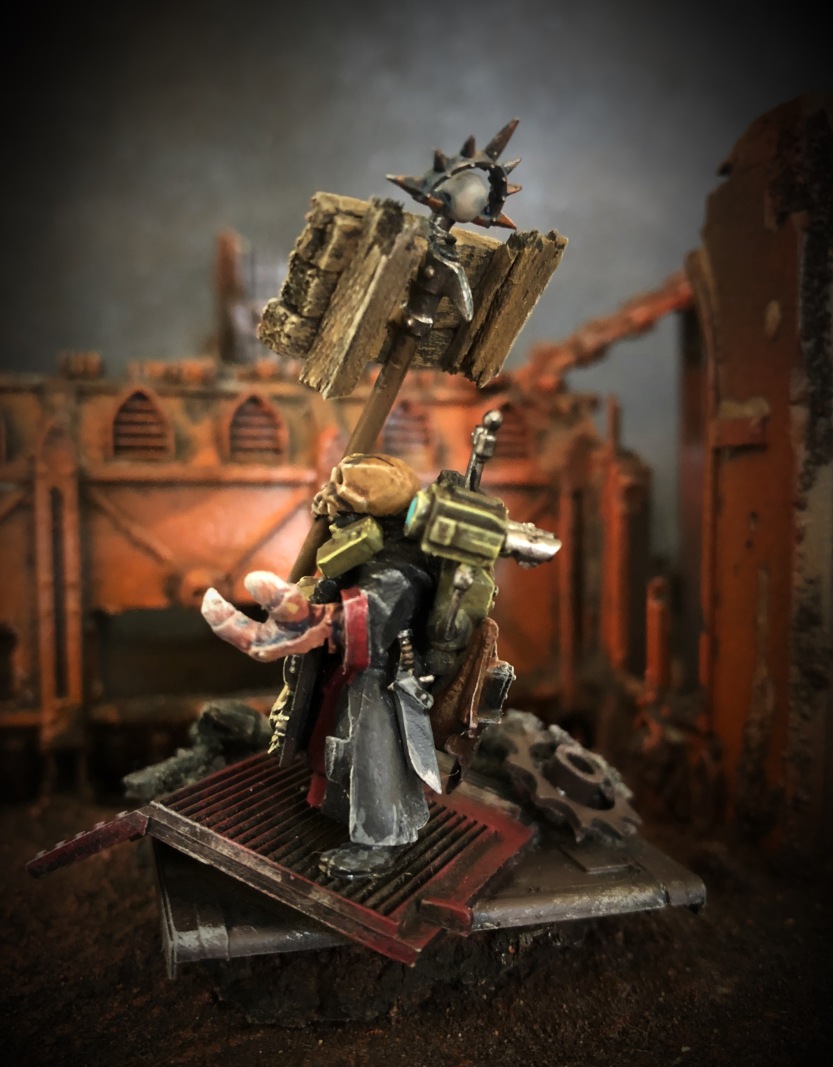 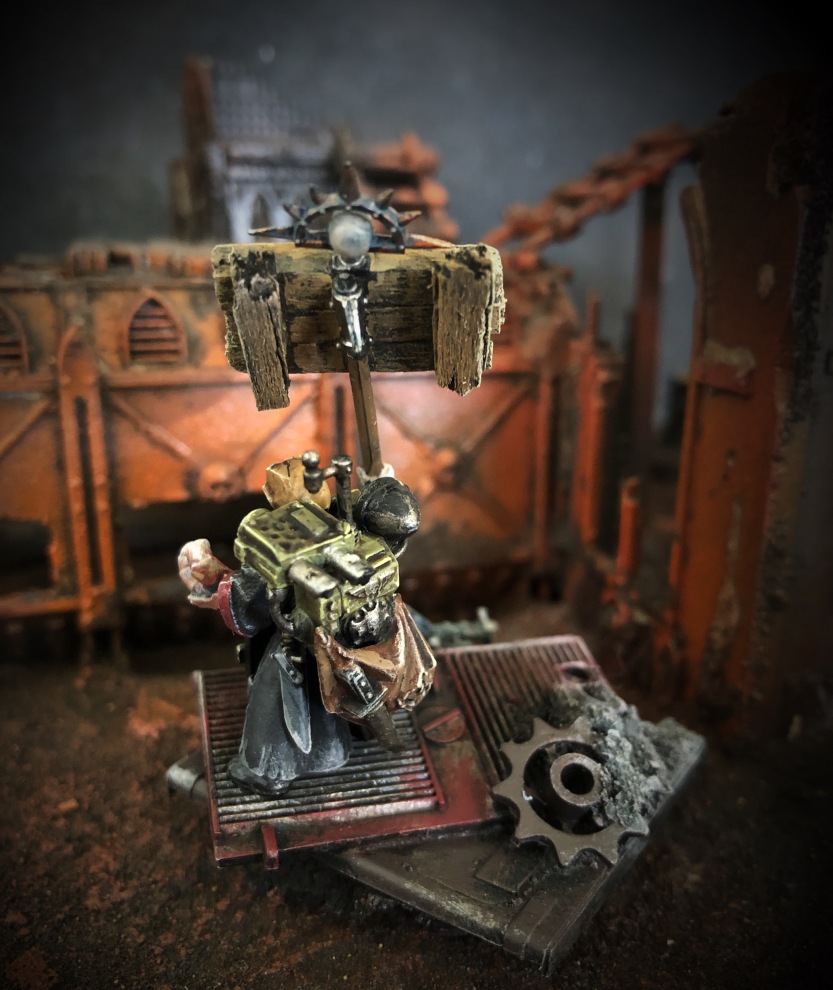 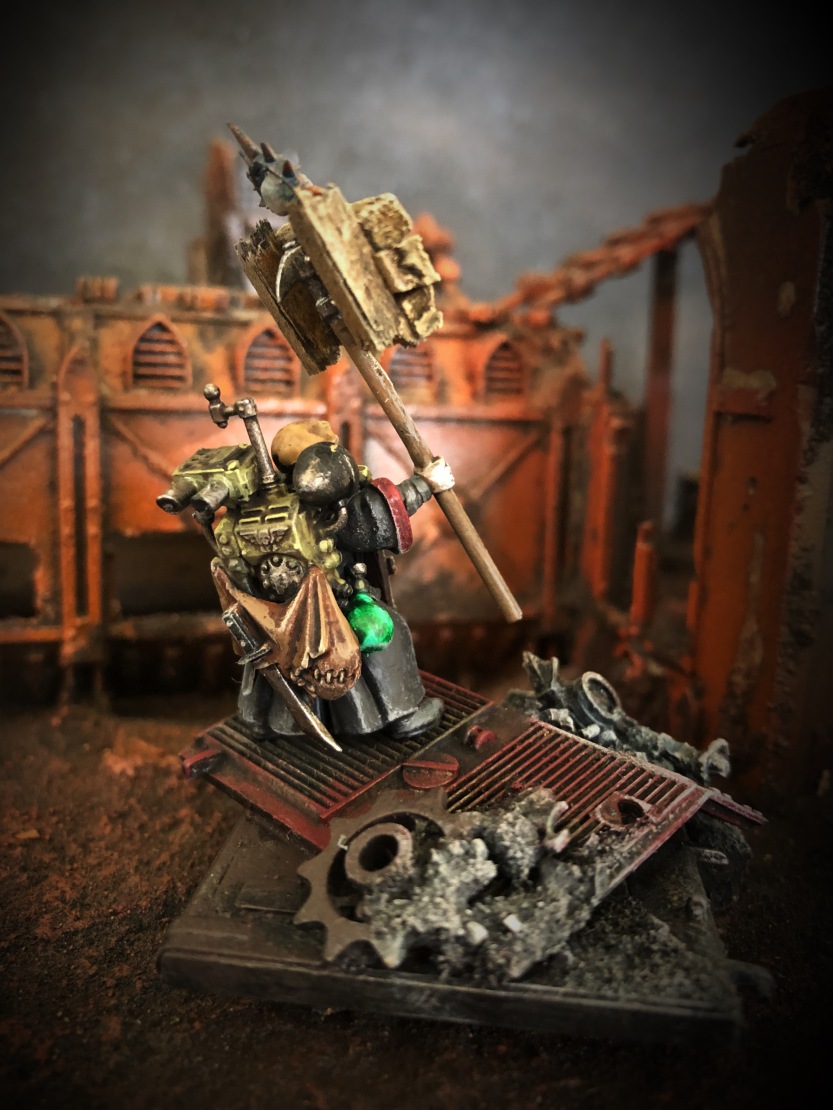 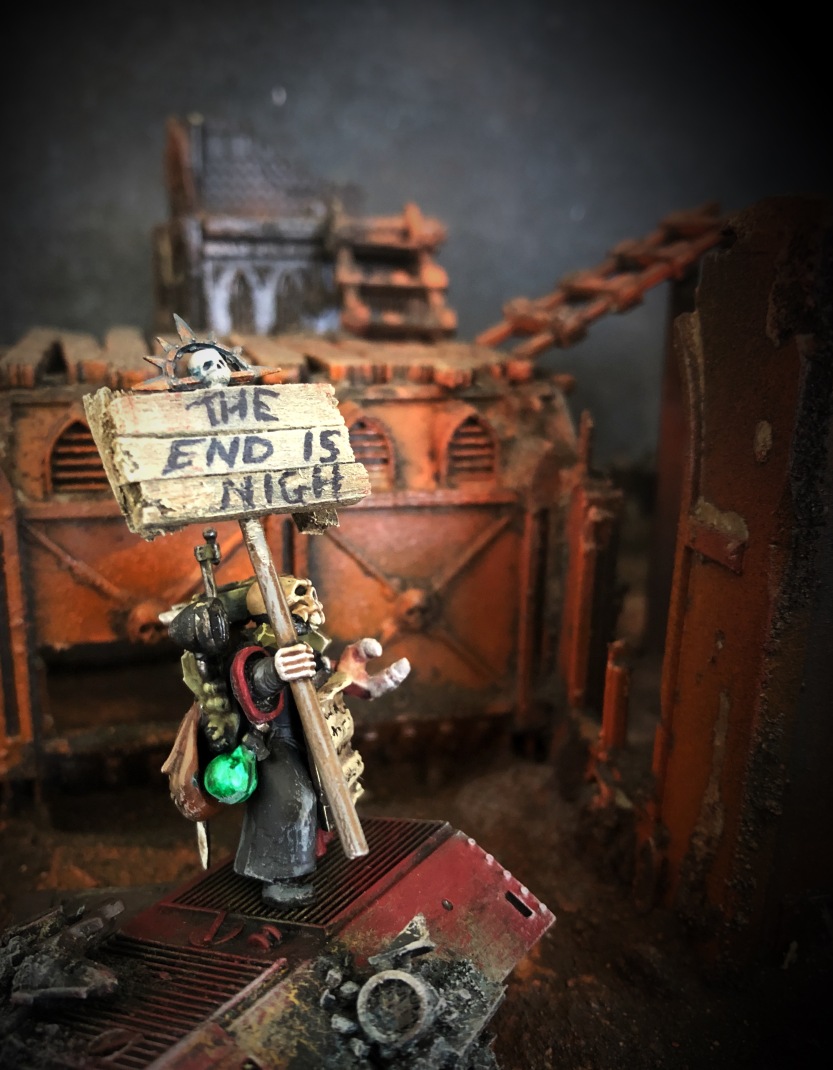 The sign is a little big and I cheated by using a fine liner to write “the end is nigh” but overall he’s a characterful little fella. Not overly threatening but a little melancholy.

I imagine him to be a bit of a simpleton, a tag along, who’s job it is to hold the sign, carry stuff and assist the Doomsayer Priests.