The very first Zombie movie I ever saw was “Return of the Living Dead part II.”

It was 1989 and I was ten years old, sleeping over at my mates house. We crept out to the lounge room in the “Dead” of night and put on a new video of his Dad’s. It would only be couple of years later that we would do something similar with a whole different kind of video involving Nurses…… Errr… where was I?

Just to reiterate, I am using the three stage theory for my zombies.

Recently bitten = Still human-ish. Wearing clothes, not rags, fresher blood and, out of habit, still using weapons. They’re also quite fast on their feet and, if able to, they can run.

Bitten a few months ago = Rotting flesh, congealed blood, more brainless, still holding weapons but not really knowing what to do with them.

From the grave = Decrepit, flaky, dried blood, slow moving but just as scary as the other levels of Zombification.

So here we have the last Zombie unit for my Horde, These guys are in the “Recently Bitten” category.

Each one has a wound of some kind, inflicted by other zombies. Something interesting to note is the poor souls who have had their whole faces and scalps eaten off, leaving a shiny, bloody, skull and nothing else. Ouch! 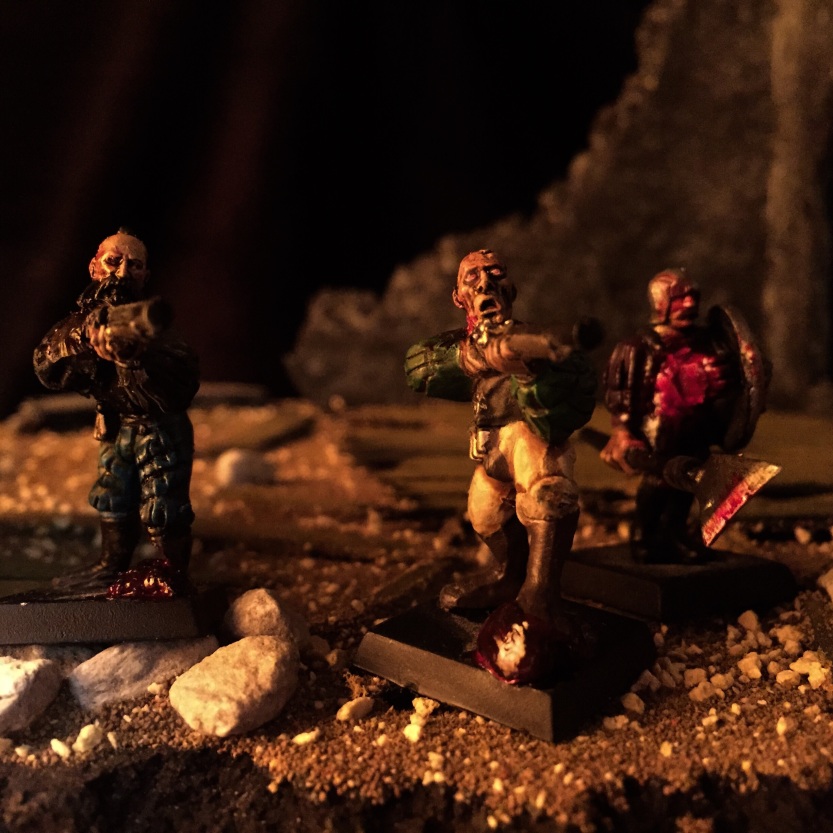 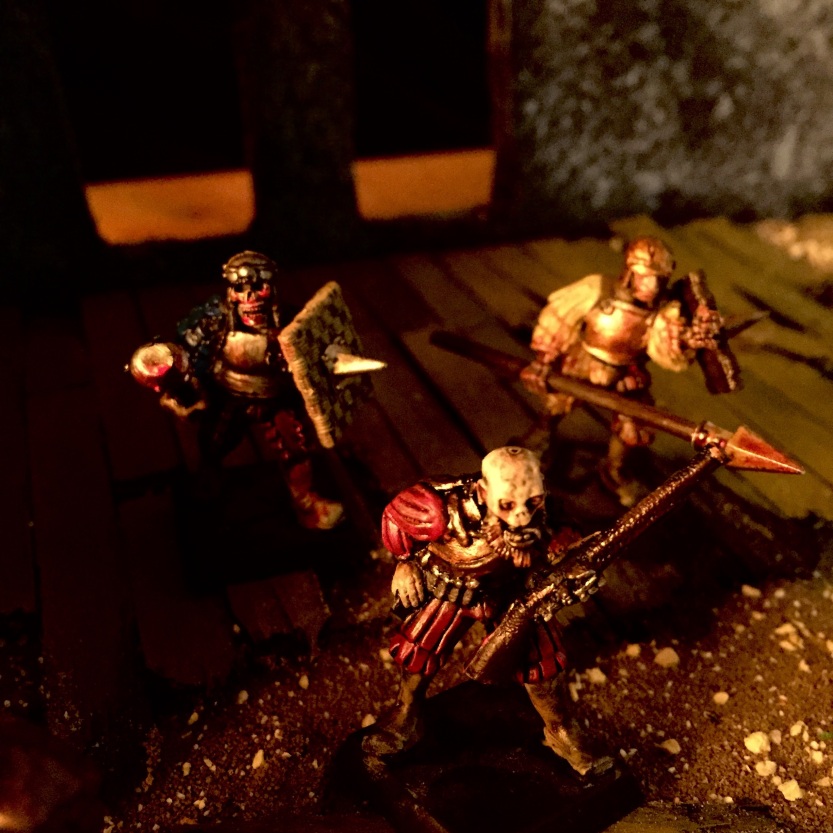 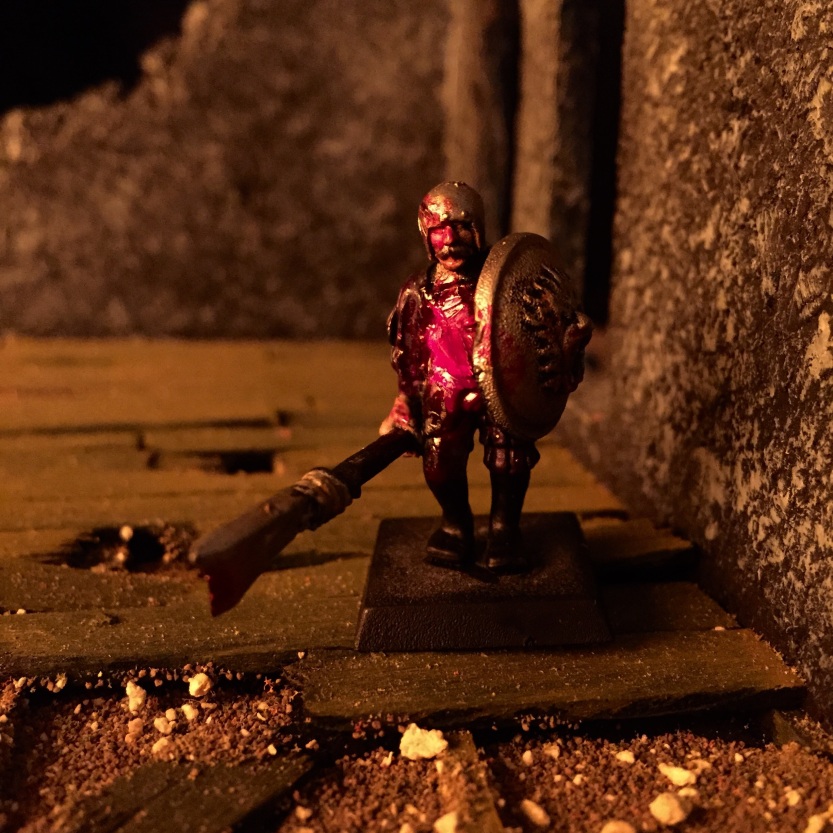 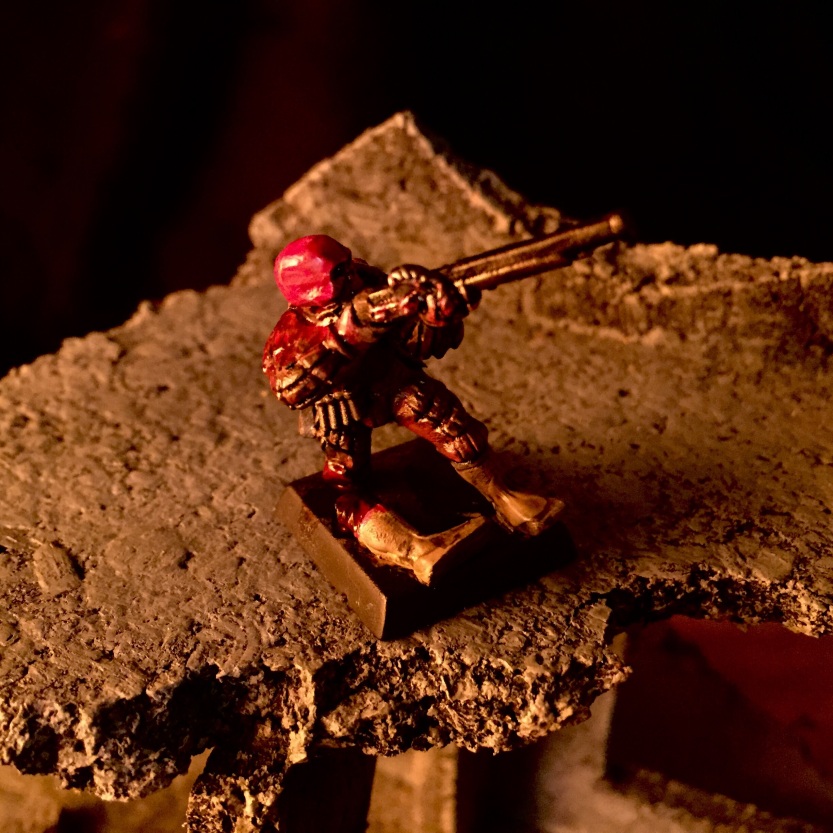 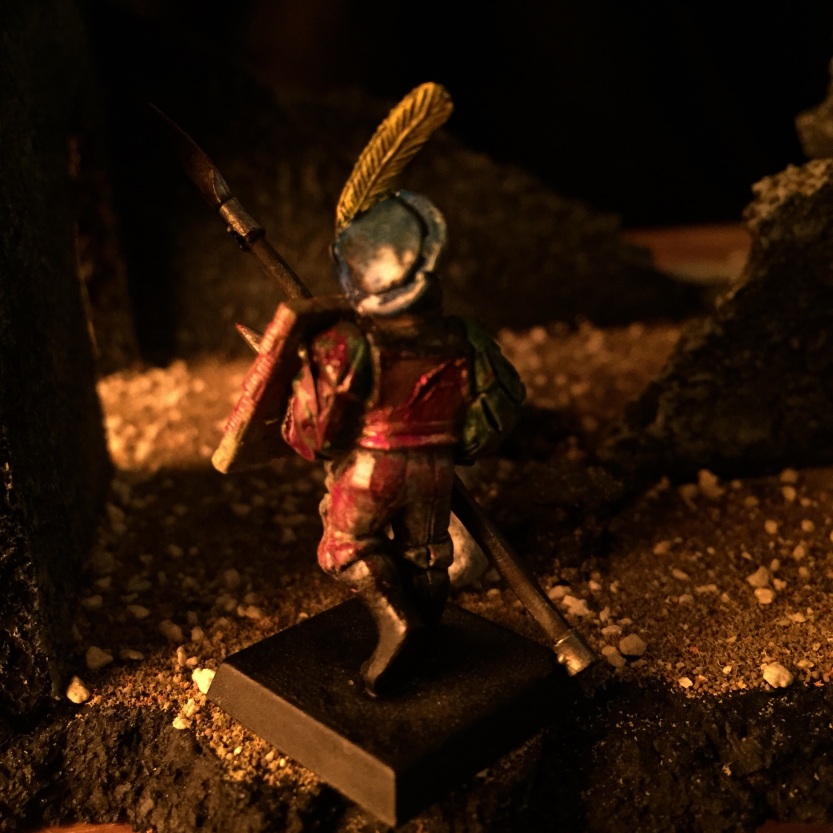 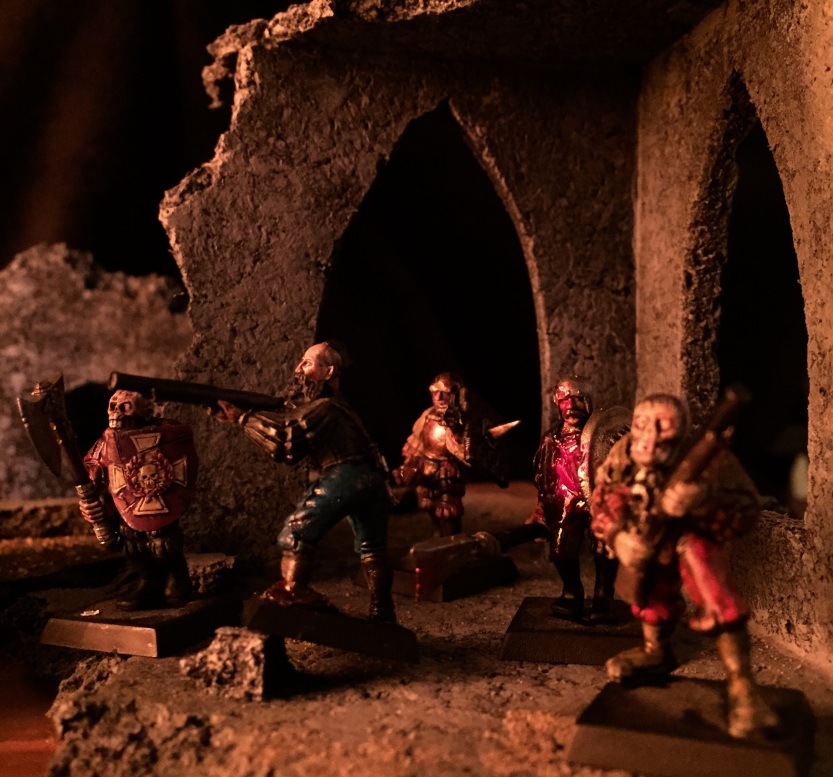 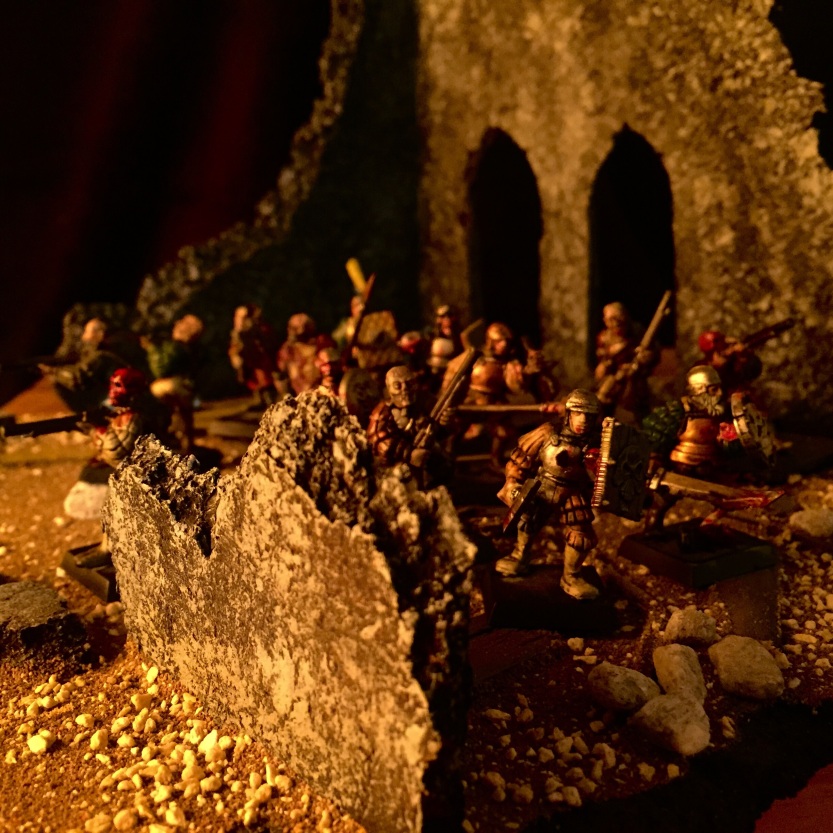 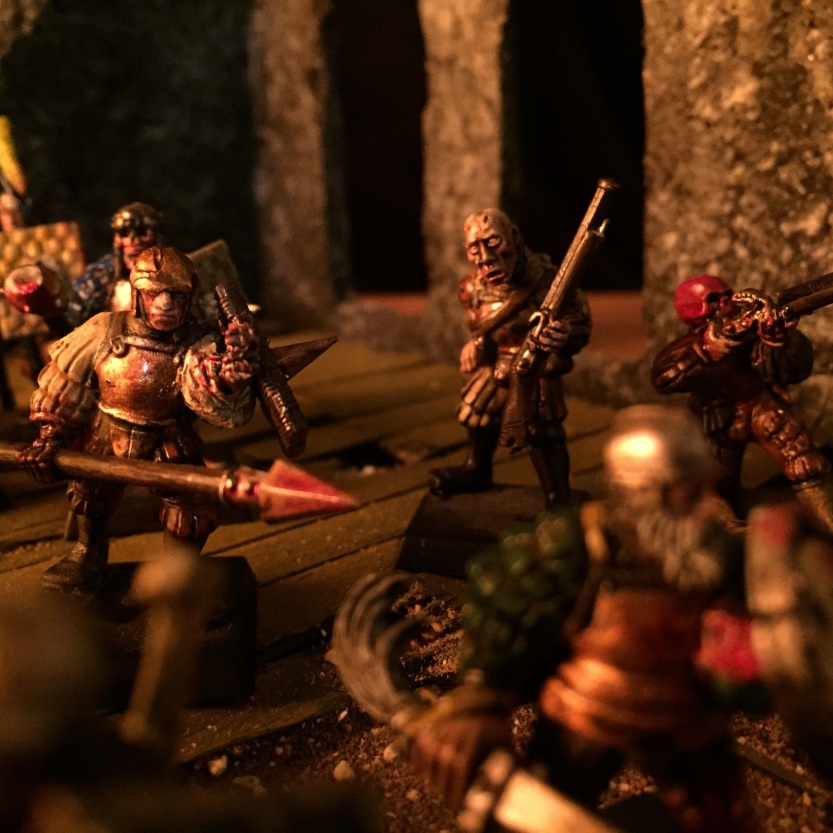 13 thoughts on “The Revenant Horde of dark Hallow – Part 8”