Witch hunters are exactly what you imagine so I went with what I imagined them to look like.

Thorne Spectre & Judas (dog) – He is also a Commander for the Royal BannaRoff Guard but to make some extra cash he hunts witches, demons, ghouls and anything else with or without a pulse. I added a couple of extra bits and bobs including the tall collar and also a dog called Judas. 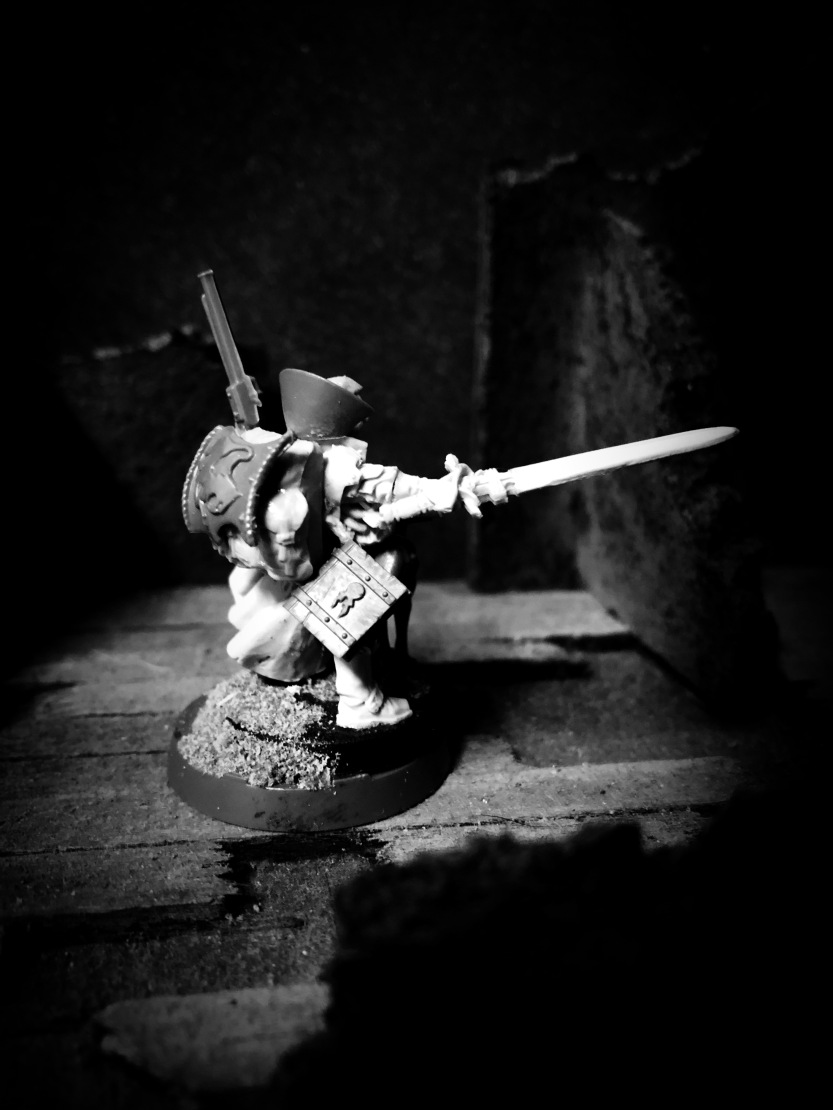 Blackjack – He’s been hunting bad things for a very, very long time. Too long actually. He’s quite a chunky miniature and I’m looking forward to painting him. 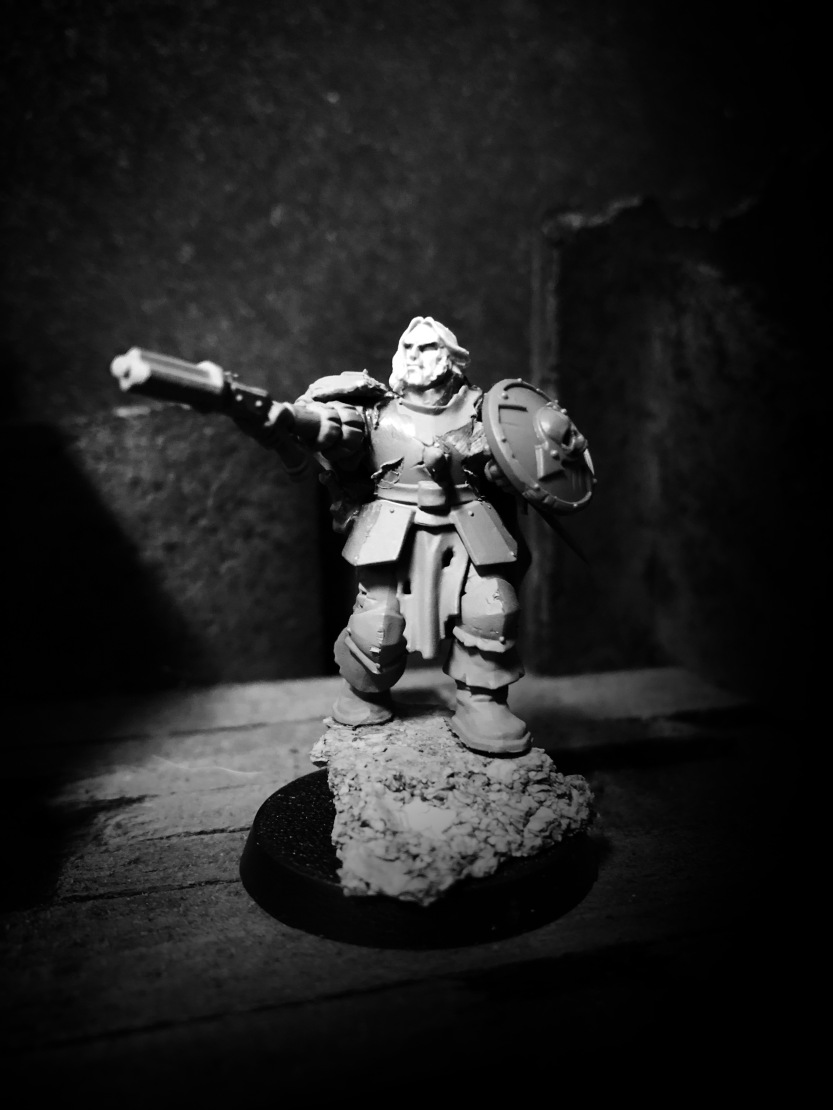 Father Axiom – He’s pretty much straight out of the “Blackfortress” box apart from the addition of a pistol and a the bird skull. I also trimmed off anything that didn’t look like it fit in the Mordheim universe. Great sculpt.

X – Mute, savage and a skilled hunter. Another simple conversion. Gave him a crossbow, some long scripts for his back and a head swap. I like his stance. 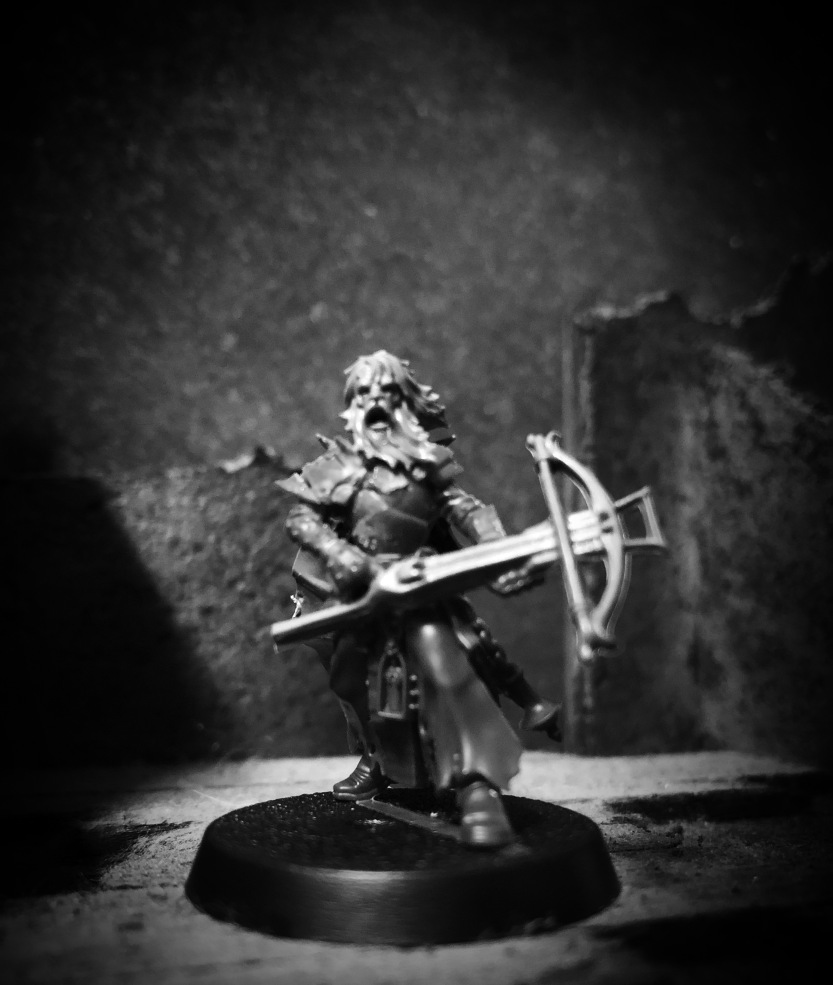 The Deakin – I actually recycled this guy from another project. He’s partially painted but I’m going to change all that.

Next we have two apprentice witch hunters.

I was intending to show you the Bretonnian Knights Warband tonight but then the above happened haha. I dunno, I just roll with it.

In other news I stabbed myself in the upper thigh with a scalpel while trying to cut one of my beloved plastic miniatures. Maybe it’s Karma. It bled like a bastard but didn’t hurt at all.

I did put up a photo but it was quite graphic so I’ll spare you haha.